API: it's always a surprise. Analysts expected a draw of 1.335 million bbls. In fact, there was a "surprise" build: a build of almost 3 million bbls. We will wait to see what the EIA reports tomorrow.

No new oil and gas permits.

And, as always, the EV revolution has yet to begin ....

A huge "thank you" to a reader for sending this my way.

For the archives, this will download a PDF: Energy Transfer's investor presentation, September, 2020. From a reader:

Up in Minnesota, from a reader, look at these incredible prices for beef. Of course, they are limiting customers to 20 pounds of chicken at a time. LOL. Time to buy another freezer for the garage.

Best we can do here, in north Texas, at our neighborhood grocer, a major chain, around $9.99 / pound, though it can quickly get more expensive: 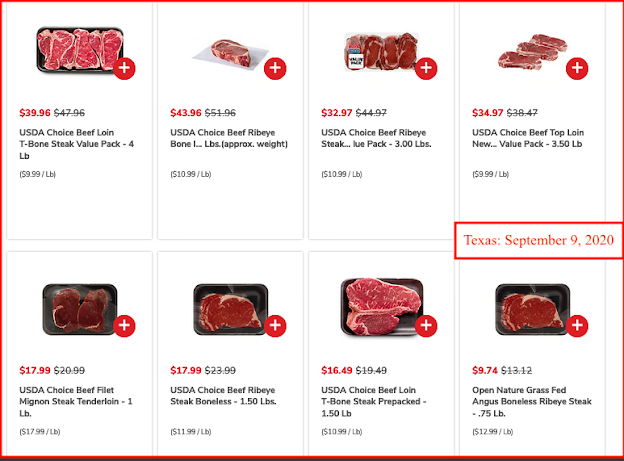 Remember: the five most important foods for a healthy immune system --

Exactly what you take out to a day on the lake.  Which also provides a bit of social distancing.

And also for the archives.

I would assume the top three costs for drilling and completing a well: 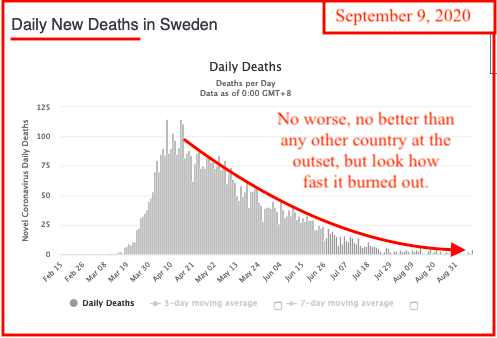 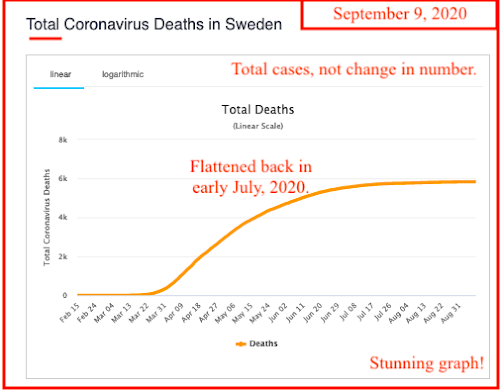 One can argue, had the US done this, we would be in the "same place" as Sweden, but under the circumstances, with the media hyping the story and the opposition taking advantage of the crisis, there's no way any politician, except perhaps "a Barack Obama" could have done what Sweden did. 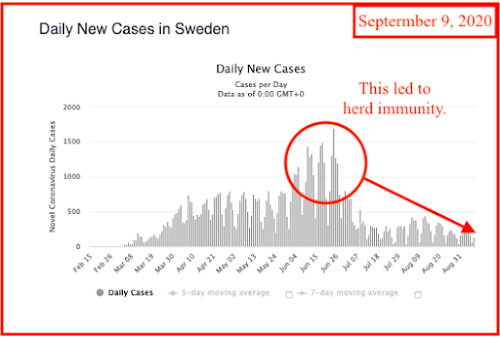 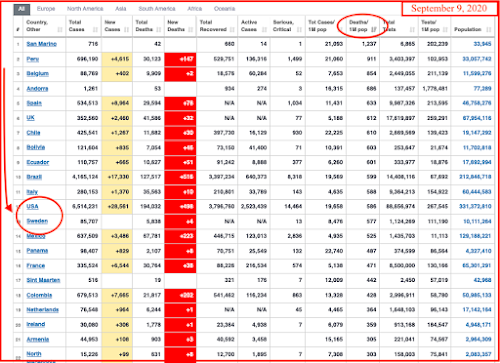 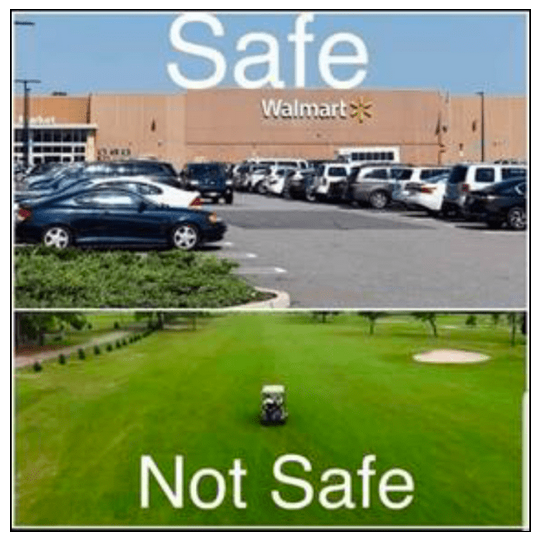 Really Bad Math, Brian Williams
Posted by Bruce Oksol at 9:59 AM No comments:

Top story of the year: Nobel Peace prize nominations starting to be released. 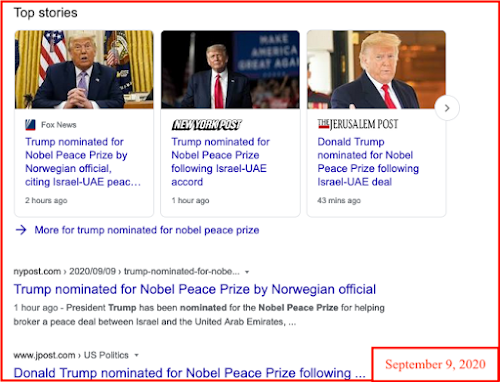 MLB post-season: if season were to end today (two days ago): link here; as a reader noted, NY Yankees are in. Texas Rangers? Not so much. I don't think I've ever seen such a terrible season. Granted: I hardly follow baseball. I think I finally understand the infield fly rule. LOL. Nope.

Apple: special event will be all about the new Apple Watch. Considering that the special event was somewhat unexpected -- the "big one" is still expected for October -- suggests that Tim Cook is really, really excited about the new Apple Watch which will be "Series 6." The questions on everyone's mind: how good will the EKG app be; has it received necessary FDA approval (if that approval is even necessary); and, will it have pulse oximetry capabilities?

There are several items of note to suggest that.

First, there were some very, very bizarre items over at twitter this weekend suggesting the Dems were getting desperate. These included tweets regarding:

In the past week, Hidin' Biden has had to walk back these three major policy statements made by him:

Some time ago, Biden announced his support for the Cuban regime. It was just a matter of time that we would see this headline: Biden campaign frets as Latino support fizzles in South Florida.

Just When You Thought It Couldn't Get Any Worse: The Upcoming Release Of Crude Oil From The SPR -- RBN Energy -- September 9, 2020

OPEC basket, link here: $40.29. Holy mackerel. Remains in free-fall. This is simply amazing. I haven't seen anything like this in quite some time. By the way, one has to ask the question (again), why now? Why didn't this happen a month ago; a week ago? This happened very suddenly beginning September 1, 2020, but accelerated through the third, and snowballing September 7, the day after it seemed to stabilize. There are three direct reasons to explain the timing with a fourth contributing reason: 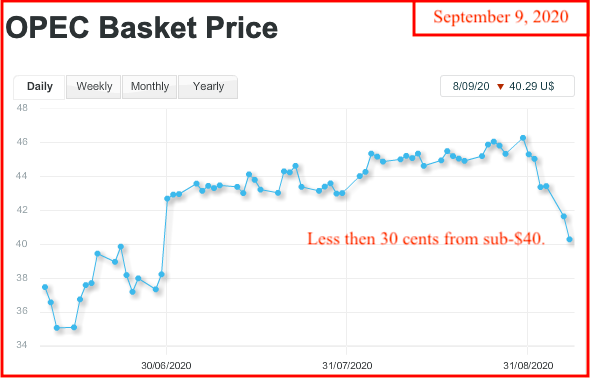 Most interesting: this free fall in the OPEC basket price comes at a time when "all" the pundits are suggesting we will be "re-balanced" by the end of the year; certainly doesn't look that way

A bit of background.

As the year 2020 wears on, it seems that every month brings a new surprise. In August, in addition to the ongoing pandemic and protests, a major hurricane was added to the mix. What comes next is anybody’s guess. A zombie apocalypse? An alien invasion? At this point, the possibilities seem boundless. And the energy industry has been no stranger to this year’s turmoil, what with COVID-related demand destruction, an oil-price collapse, and production shut-ins. Amidst the chaos, the Department of Energy (DOE) announced that for the first time, private-sector energy companies would be allowed to store crude oil in the U.S.’s Strategic Petroleum Reserve (SPR), which resulted in the leasing of 23 MMbbl of capacity. Recently, those volumes have begun to be drawn back out. Today, we examine the factors influencing movements of crude oil into and out of the U.S. SPR.

RBN is pleased to announce that today’s blog is the winning submission in our first-ever blog writing competition held for students in Texas A&M’s Trading Risk & Investment Program (TRIP).

Posted by Bruce Oksol at 6:08 AM No comments:

Mexico will present a set of infrastructure projects in the energy sector where private companies will be invited to participate, while it prepares to undo the energy reform conducted by the previous administration.

Mexico will announce a set of infrastructure projects before Sept. 15, when Mexicans celebrate Independence Day, President Andres Manuel Lopez Obrador said Sept. 7. The joint plan between the government and the private industry to reactivate the economy had originally been announced in November.

According to a presentation filtered to the press, which presumably originated in the office of the presidency, the government's announcement will consist of 168 projects worth roughly $44.4 billion where the private industry will provide over 50% of equity.

The announcement comes at a time when lawmakers from the president's party prepare to discuss a series of changes to the constitution that would effectively undo the energy reform carried out by former President Enrique Pena, which opened up the sector to private investment after over seven decades of monopoly.

Remember, foreign companies -- you know, those companies with the equity and know-how need not apply.

Meanwhile, the same story that has been circulating for quite some time now, Bloomberg is posting it again: Mexico is cutting Pemex' s oil output forest in latest setback.

Mexico is cutting its 2021 forecast for oil production at Petroleos Mexicanos by 8.4% as the state producer struggles under a $107 billion debt load and the impact of the deadly coronavirus.

The country’s Finance Ministry lowered its preliminary estimate for output next year to 1.857 million barrels a day, down from 2.027 million in an April forecast, according to a draft of next year’s budget proposal obtained by Bloomberg News.

Pemex, as the company is also known, has been hit hard by Covid-related deaths among its workers at a time when the oil-market crash only made the ambitions of Mexican President Andres Manuel Lopez Obrador to increase production more difficult.

Even the revised output number looks “optimistic,” said [one analyst]. “It seems that they have not learned,” he said, predicting that Pemex will fail to meet the lower target.

The Finance Ministry estimates oil prices will average $42.10 a barrel next year, up from a preliminary forecast of $30 a barrel at the start of April. The numbers are part of a budget proposal that would increase Pemex’s spending by just 0.6% next year, to 544.6 billion pesos ($25 billion).

This Bloomberg story is behind a paywall, but one can access it through the Financial Post, link here:

(Bloomberg) — The world’s biggest oil company is getting squeezed by its main shareholder, the Saudi Arabian government.

Even with crude dropping below $40 a barrel this week and its cash flow plunging, Saudi Aramco is trying to pay a $75 billion dividend this year, almost all of it to the state. Concerns are mounting, including among global fund managers who bought into the company during a record initial public offering last December, that Aramco is putting strategic projects on ice and racking up debt too quickly.

Aramco has been the country’s cash cow for decades. But the pressure it faces has been thrown into sharper relief by the coronavirus-induced collapse in energy demand — Brent crude fell another 5% on Tuesday — and now that it’s a listed firm with shareholders from New York to Tokyo.

Crown Prince Mohammed bin Salman, the 35-year-old de facto ruler, has pledged to diversify the kingdom from oil and spend billions developing everything from futuristic cities to tourism and financial services. For that, he needs Aramco’s money.

“The crown prince has basically decided the company is a piggy bank he can raid to fund his other projects,” said Jean-Francois Seznec, a senior fellow at the Atlantic Council of Washington’s Global Energy Center, and a Middle Eastern specialist. “It will limit how much they can invest in things like maintaining the oil fields and developing new technologies.”

Posted by Bruce Oksol at 5:34 AM No comments:

Without Question: Top International Story Of The Week -- Perhaps The Year -- Sweden Has "Defeated" Coronavirus -- September 9, 2020

Really Bad Math, Brian Williams
Posted by Bruce Oksol at 5:03 AM No comments: