Earlier today, I suppose about 8:30 a.m. I hit a wall. I was up to 2:00 a.m. exploring new music (for me) and then got up at 6:30 or thereabouts, and then had Sophia all day. It was another incredible day for the two of us. But she finally wore me out, playing soccer and then catch with a softball. Wow, we have a lot of fun together.

I was ready to crash about 9:30 this evening while watching old Columbo / Peter Falk re-runs.

I have a ton of Bakken-related stuff to post but I just don't have the energy to do so. By the time I get around to it tomorrow it will be old news. But I will eventually get it posted for the sake of continuity, and for the archives.

So, now I'm just going to play some music, go to bed, and start all over tomorrow.

Wow, I've never had so much fun ordering stuff from Amazon. Every time I think of something I need, I just order it. Doesn't matter what. About the only thing I need but won't order from Amazon: eggs.

I saw a headline today that Jeff Bezos' net worth has surged. Not a bit surprising. Winners and losers. And he's clearly a winner.

Our younger daughter/son-in-law got their Trump / Wuhan flu money yesterday -- direct deposit to their bank account. Got the max amount. I haven't checked my bank account; I should get a little something but not worth checking. Bread crumbs as Nancy Pelosi would say. I did hear that folks that get "physical checks" will actually get checks with Trump's signature on them. By law, he can't sign them but he can attach his signature to the selvage.

Yes, your word for the day. Selvage.
Posted by Bruce Oksol at 10:42 PM No comments:


Nothin' like a new toy to get your mind off world events! 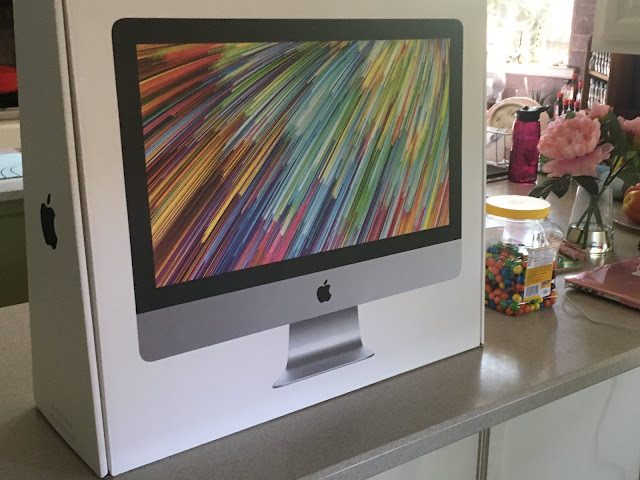 We have a portable full-size upright easel but it's too bulky to move on a whim, so we used Sophia's table-top easel. A beautiful afternoon for painting. 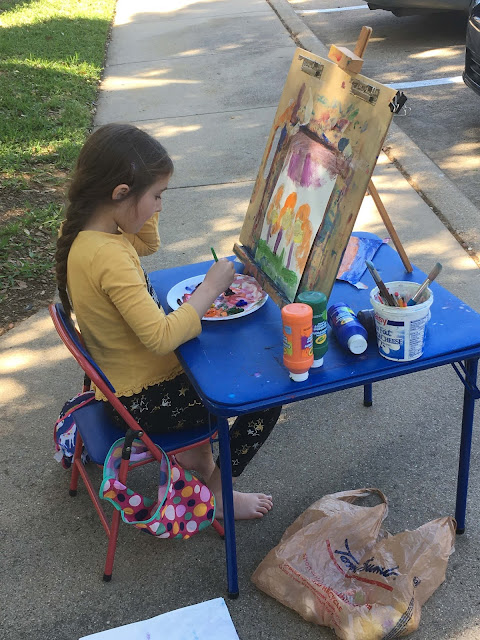 We have a full-size, portable easel but it's a bit bulky to move on a whim, so, instead, we took Sophia's table-top easel outside today. It was a gorgeous day to paint outside.

I need a new pair of casual shoes, nothing particularly important, just a pair of shoes I can wear around the apartment complex. I normally buy my shoes at a local shoe store. But shoe stores are non-essential and the local judge declared non-essential retail stores need to be closed.

Because Walmart has a grocery story, it's considered essential.

Walmart also has a shoe department.

Returning home earlier this evening after taken Sophia back to her own home, I noted that at the intersection there were four vehicles, including mine. Two were POVs, the other two were delivery vans. By the way, that intersection is so huge, I can make a left turn on red by turning right, and then making a u-turn to go "left." With no traffic on the road, one can do almost anything. LOL.


Life During War, Talking Heads
Posted by Bruce Oksol at 9:58 PM No comments:


The only thing I noticed that wasn't obvious to everyone was that distillates demand fell to a 28-year low ... the refinery metrics, # of barrels & utilization, were both still greater than hurricane Ike in 2008... 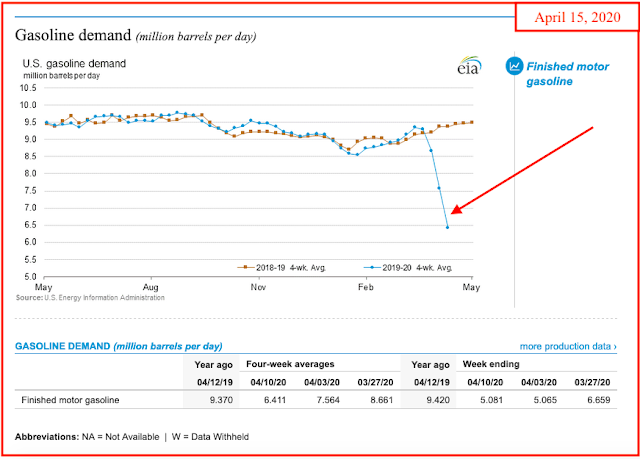 
During the 1790s, Minerva Press published fully a third of all the novels produced in London. [Minerva] published the work of numerous women novelists, many of whom, like Regina Maria Roche (1764 - 1845) and Eliza Parsons (1739 - 1811), were both prolific and popular in their day and then forgotten afterward until recent efforts to recover the lives and works of historically neglected Romantic-era writers.

Indeed, the contemporary notoriety of the Minerva Press is evident from the fact that six of the seven titles that Jane Austen has Isabella Thorpe recommend to Catherine Morland in Northanger Abbey (1818) as examples of "horrid" novels were issued by that press in the 1790s.

Like his contemporary James Lackington, who pioneered the practice of "remaindering" unsold books he purchased at a large discount and then sold for a still profitable fraction of their original prices ...

I was curious. I had read Northanger Abbey a few years ago, but did not have my copy readily available. I was curious which novels had been recommended by Ms Thorpe. Here they are:

OPEC Basket: I don't follow "OPEC Basket" but this certainly caught my attention. From OPEC's own site: 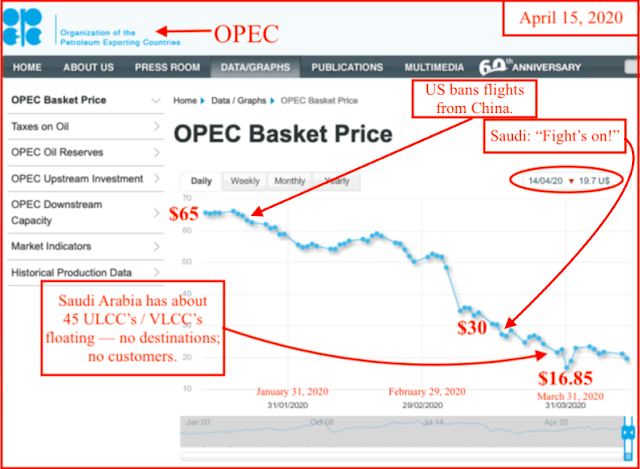 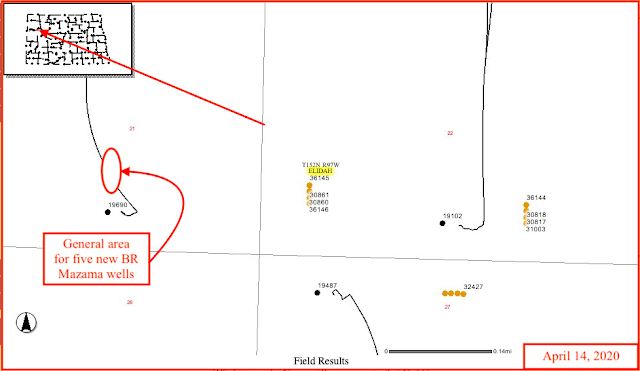 North Texas weather: cold. Clear, but a high of only 64° today. Bummer.


U.S. crude oil production is off its historic highs, the rig count is in free-fall, and crude inventories are rising fast, with the Cushing-to-Magellan East Houston price differential drawing oil away from the Gulf Coast and to the Oklahoma storage hub. Oh, and global demand for crude is off by more than 20%. None of this bodes well for U.S. crude exports, which have been at or near record levels the past few months. What seems to be shaping up is a fierce competition among the owners of existing export terminals to offer the most efficient, lowest-cost access to the water. Today, we continue our series with a look at Enterprise Products Partners’ Houston-area crude oil storage, pipelines and docks.

When we decided a couple of months ago to take a fresh look at crude export terminals along the Gulf Coast, the market’s concern was that additional loading and dock capacity would be needed soon to keep pace with what had been soaring export volumes. In the first two months of 2020, crude exports from Texas and Louisiana marine terminals averaged 3.2 MMb/d, or nearly 1 MMb/d more than in January/February last year. The expectation was that U.S. crude export volumes would continue rising, probably to at least 5 MMb/d in 2022 and maybe 6 MMb/d in 2024; in response, a number of midstream companies were scrambling to advance offshore facilities capable of fully loading Very Large Crude Carriers (VLCCs). But that was before COVID-19 became a pandemic, and before the OPEC+ alliance collapsed and West Texas Intermediate (WTI) prices fell below $25/bbl. In this new, scarier environment — even with a new agreement by the Saudis, the Russians and others to reduce crude production — the outlook for crude exports is far less clear; in fact, existing marine terminals along the Gulf Coast may well be battling for barrels.