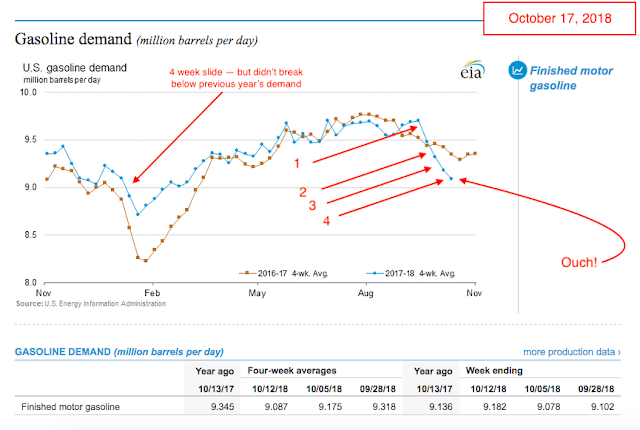 Boom! Amazon paying $15 / hour (or more) for 100,000 seasonal jobs. Link here. The DEMS have been clamoring for $15/hour wages and now we finally have them -- after two lost decades under Bush II and Sir Saint Obama.


Regarding #33863, based on the geologic summary, I think the "R" means that the permit was "revised." But it is interesting: even the original permit is #5H-R. It looks like this well "replaced" #22839 located on the same pad which was dry. #22839 failed a mechanical integrity test and was plugged and abandoned. Spudded October 11, 2017, and reached total depth of 21,456, on October 23, 2017, twelve days later -- five days to get to vertical depth; two days to build the curve; and, five days to drill the lateral. To be exact, the curve was begun in the afternoon on October 14th -- wow, that means the vertical took only three days -- and the curve was landed on October 14th, late that evening, just before midnight. Wow. Less than twelve hours to build the curve. But look at this, they started the lateral on October 19th, early in the morning -- that means there was no drilling from the 14th to the 19th -- it took only four days to drill the lateral: so, three days to drill the vertical; half-a-day to build/land the curve, and four days to drill the lateral  -- 7.5 days of actual drilling. Godspeed! 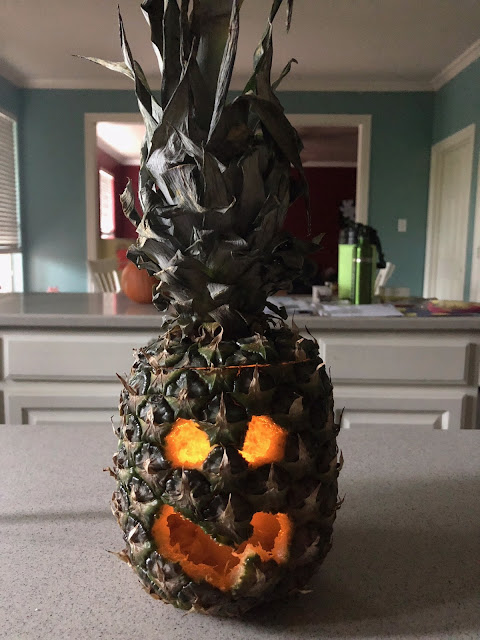 Pineapples in the local area can be had for slightly less than $1.99 each. Pumpkins at $6.99 or more -- much more expensive.

So, my dad went on a car trip to Montana recently and discovered in Denver people like to carve pineapple jack o’lanterns because they look really creepy. He gave us a pineapple over the weekend to try out.

Not wanting to mess up this endeavor, I bought a smaller, less expensive pineapple to try out first.

I discovered a few things with this prototype: (1) I will never buy canned pineapple again as the fresh stuff is amazing! And unlike pumpkin guts, we’ll actually eat the pineapple guts; (2) this was really easy to do; and, (3) it looks way creepier than a pumpkin jack o’lantern!!

The only downside is the pineapple doesn’t appear to be as hearty as the pumpkin, so it won’t last as long. Very cool idea!
Posted by Bruce Oksol at 4:50 PM