You will also be surprised at the relatively low amount of proppant used. Frack data will be posted later.

Meanwhile, the Alfred Old Dog wells have been added to the list of wells that will need to be followed up.

All nine of the Alfred Old Dog wells are off line; they have been off line for the past two months. These are huge wells and would not have come off line had there not been some neighboring activity.

So, let's look at the Alfred Old Dog area. 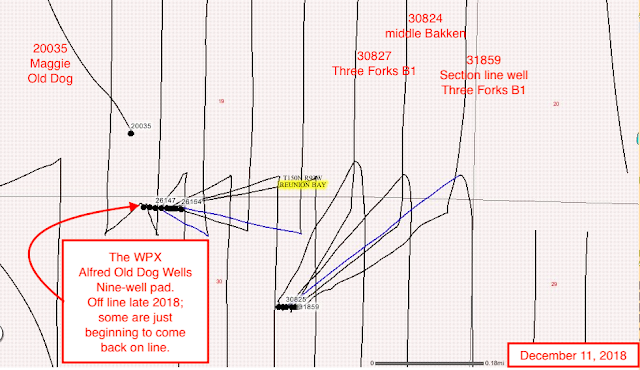 The new wells to the east: