RBN Energy: getting Permian crude to the coast.


The flood of domestic light shale crude showing up at the Texas Gulf Coast by pipeline in the past two years is not best matched to most refineries in the region that are configured to run heavier crude. But flows across the Gulf Coast to refineries in the Mississippi Delta more suited to process light crude are constrained by a lack of pipeline capacity between Texas and Louisiana. New domestic shale crude has been delivered to eastern Gulf Coast terminals such as St. James by rail but narrowing coastal differentials to inland prices have reduced the CBR advantage. Today we detail how new pipeline projects promise to increase the flow of crude from Texas to the Eastern Gulf.

Last week we described the strong market share of takeaway capacity out of the Permian held by Plains All American (PAA) that is in the process of bringing the Cactus pipeline online linking Permian and Eagle Ford infrastructure (see When Are You Going to Come Down). Earlier this year PAA completed the Sunrise pipeline that facilitates 250 Mb/d of crude flows from Midland, TX to Colorado City, origin of the PAA/Magellan BridgeTex pipeline that now delivers up to 300 Mb/d of Permian crude to Magellan’s East Houston terminal (see Good Day Sunrise). Takeaway capacity out of the Permian has increased in line with growing production – especially in the Midland and Delaware basins as we described in our Come Gather ‘Round Pipelines series last year. Originally Permian crude flowed mainly to the Midwest Cushing, OK trading hub – delivery point for the CME NYMEX West Texas Intermediate (WTI) futures contract.

A surplus of supplies at Cushing led to infrastructure development to deliver Permian crude to the Texas Gulf Coast in the past two years – first from an extension to the Sunoco Logistics (part of Energy Transfer Partners) West Texas Gulf pipeline delivering to Houston and Nederland, TX in 2013 and then from the Magellan Longhorn reversal that now delivers up to 275 Mb/d Permian crude to Houston – joined by the Sunoco Permian Express I (150 Mb/d to Nederland) and then BridgeTex in 2015. A further 200 Mb/d will flow on the Permian Express II out of Colorado City by the end of summer 2015.

Reuters at Rigzone: No Need to Fear US Crude Supply Deluge.


Conventional wisdom holds that come June a pending $5.3 billion tax break in the No. 2 U.S. oil producing state, combined with a modest uptick in oil prices, will unleash a tsunami of new shale crude supply so big that prices may slump again.

Just one problem with that scenario: oil producers say this is not going to happen. The fear of a worsening supply glut, a recurring theme of many industry research reports and conferences over the past two months, is based on a view that U.S. shale producers have built up a heavy backlog of drilled but uncompleted wells (DUCs) that can be turned on quickly.

The assumption is that oil firms will finish work on those wells, known as "ducks" in the industry jargon, once oil prices recover further and North Dakota activates its tax relief in response to a long market slump. 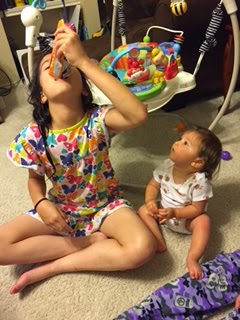