Warning: if you do decide to download these PDFs, they can take a very long time to download depending on the speed of your internet connection. My connection was very fast in some places and downloaded quickly; other places the connection was slow and the download would have taken forever had I continued.

Don sent me the link for these graphs. You can go to the Credit Suisse website and view/download annual global wealth reports. I was curious how the slump in oil prices affected change in global among selected countries.

Commentary by the authors of the annual reports can be found at the above link (and the corresponding report, of course).

I have added one additional graph at the very bottom from the most recent report because it shows additional countries, including more of the oil-producing countries.

Again: if you do decide to download these PDFs, they can take a very long time to download depending on the speed of your internet connection. 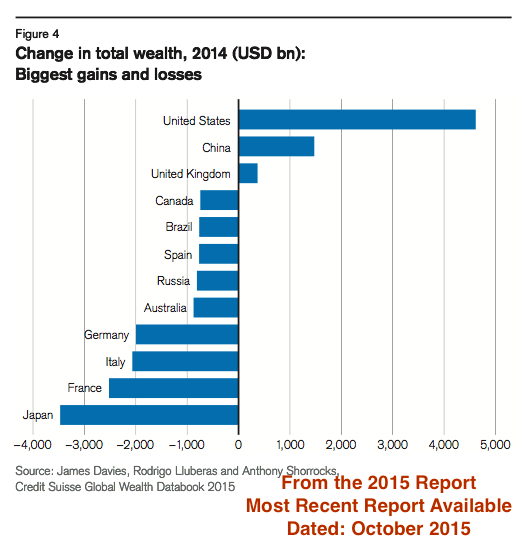 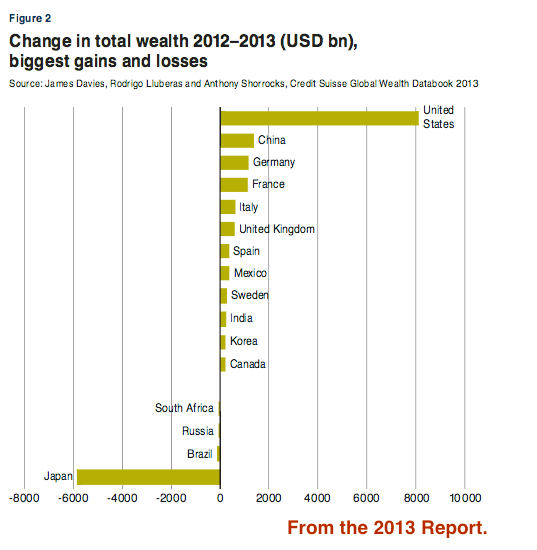 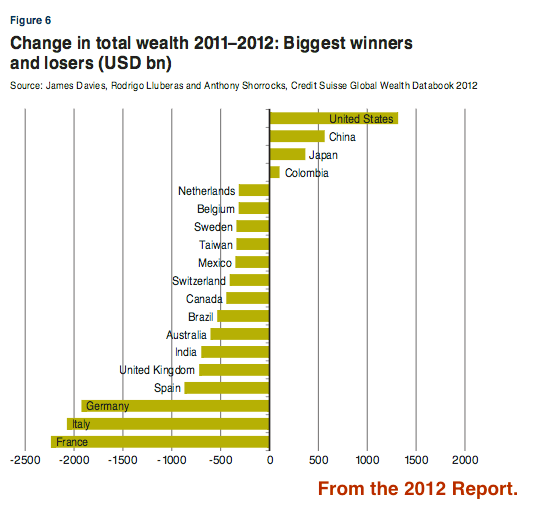 This is the additional chart I added. It comes from the most recent report. I included it because it shows more countries, including more oil-producing countries. Note the change in wealth for: Brazil, Mexico, Norway, Russia. Again, these are only the countries with the biggest gains and losses. It will be interesting if Saudi Arabia shows up next year as the biggest loser. 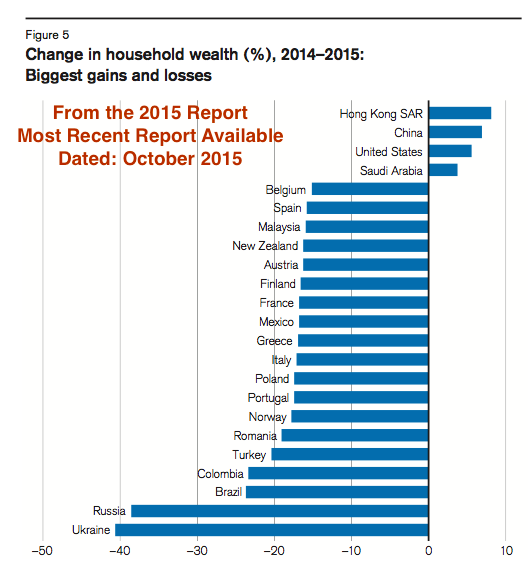