Because of the holiday on Monday, the API data will be released today, instead of Tuesday. That data will come out later this afternoon. API forecasts a 1.300-million-bbl build. Later: here is the actual number: interesting -- not a build at all, but a decrease - API has the weekly crude oil inventory number dropping 0.907 million; in other words, down about a million bbls.

Likewise, the EIA weekly petroleum report that usually comes out Wednesday will be delayed a day, to be released Thursday.

I use the EIA data for calculating "re-balancing" time frame.

From The Bismarck Tribune today, a couple of stories in one article.

First, Andeavor, a new pipeline:
The second story: ONEOK (previously posted on the blog) --
Meanwhile, the status of the Keystone XL remains muddled.

Because of the wind, rain, and winter advisory here in north Texas, I had to move the tulips indoors. 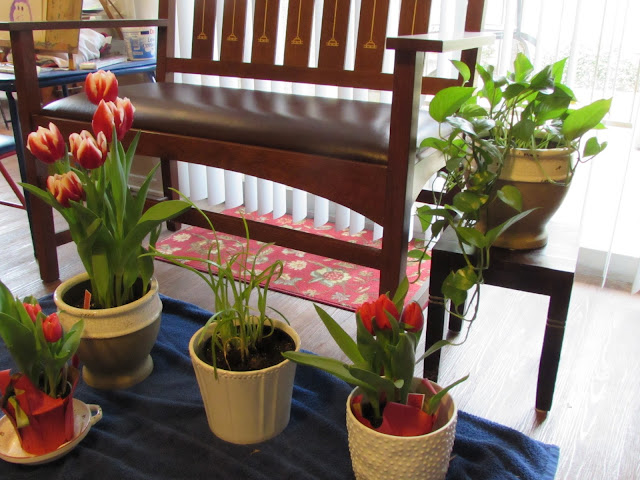