Cumulative Production Of Oil In The Williston Basin Through 2012

The 2013 data has not yet been posted at the NDIC. 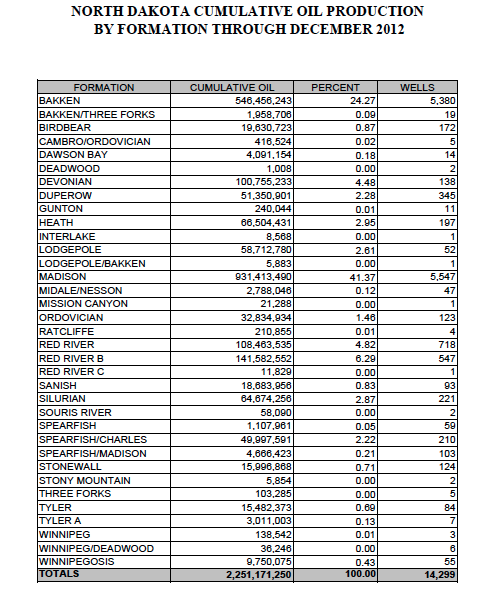 There are a lot of interesting data points in that chart.

Oil was discovered in North Dakota in 1951.

They have been drilling Madison wells and Red River/Red River "B" wells for decades.

They started drilling Bakken wells in 2006, about eight years ago. The Bakken boom in North Dakota began in 2007.

Email ThisBlogThis!Share to TwitterShare to FacebookShare to Pinterest
Labels: Production_Formation