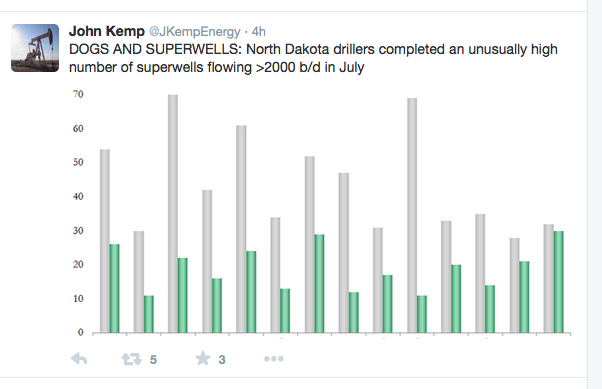 In the 18-year-old Ledecky and 20-year-old Missy Franklin, who helped the U.S. to a bronze in the women’s 4x100 free relay Sunday, the U.S. has two swimmers capable of doing what Phelps has done for the U.S. men the past dozen years: Collect medals in bulk for a long time. Ledecky, who just graduated from high school in Bethesda, Md., already owns an 800 freestyle Olympic gold, as well as the 400, 800 and 1500 freestyle records.

On Sunday in the 400 freestyle, Ledecky was two bodies ahead after 150 meters, won by nearly four seconds, then spit out a gulp of water upon seeing she had missed breaking another record by three-quarters of a second. “I want to be awfully darn close every time,” she said.


Tallgrass Energy’s Rockies Express Pipeline (REX) opened the floodgates for Marcellus/Utica producers this Saturday, August 1, bringing online its Zone 3 East-to-West (E2W) expansion capacity. The expansion tripled westbound design capacity to a full 1.8 Bcf/d from the Marcellus/Utica producing region to delivery points in Ohio, Indiana and Illinois. Potentially this additional takeaway capacity eases supply congestion in the Northeast and will support beleaguered Marcellus/Utica pricing points. As REX touches nearly every part of the US gas market, the expansion can ultimately be expected to reconfigure gas flows and price relationships across multiple regions as it comes online. Today we review the changes and how quickly they are likely to impact the market.