With the successful initial performance at the Hawkinson Unit, CLR announced that
the first area of full development will be in the Antelope prospect area of McKenzie
and Williams counties. Over the next four to five years, it intends to drill 350 wells on
20 to 30 well pad locations. In 2014, it will have four dedicated rigs with plans to drill the Middle Bakken, TF1, TF2 and T3 on 1,320 ft interval spacing.

This is the screenshot of the CLR Hawkinson graphic from CLR's November 6, 2013, earnings presentation. 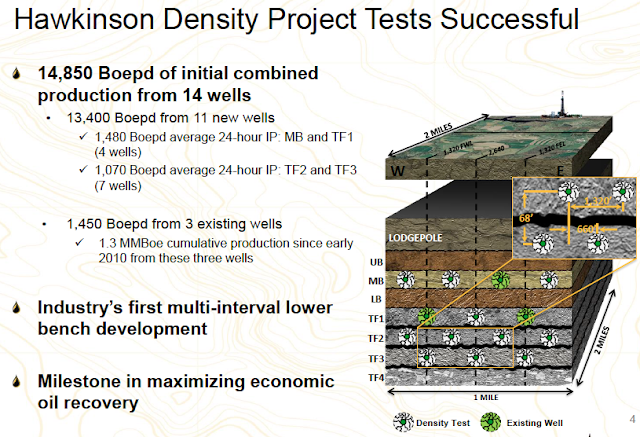 Double-clicking on the graphic will open it in another window allowing the user to zoom in.
Posted by Bruce Oksol at 8:26 AM

Email ThisBlogThis!Share to TwitterShare to FacebookShare to Pinterest
Labels: Mega_Pads