World oil prices are controlled by the amount of crude oil stored at Cushing, Oklahoma. That’s because Cushing is the pricing point for WTI (West Texas Intermediate) oil prices, the most-traded oil futures contract in the world.

WTI and Brent oil prices have good negative correlation with the volume of crude oil stored at Cushing. Comparative inventory, the present volume of oil compared with the 5-year average, and oil-price volatility, the rate at which the price of oil moves up and down, are shown in Figure 1. 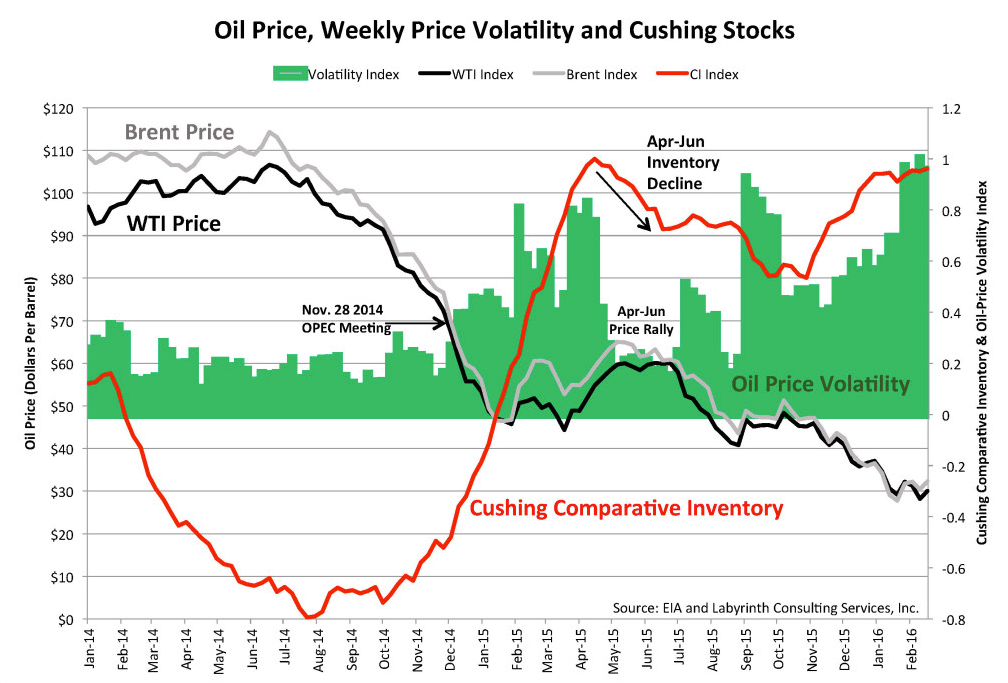 From the beginning of 2014 until the end of July, comparative inventory fell and world oil prices were high averaging more than $100 per barrel. From August to the time of the November 28 OPEC meeting, Cushing inventories rose and oil fell below $70. OPEC’s decision not to cut production caused a spike in volatility and prices dropped to $46 per barrel by the end of January 2015.

Prices rose in February based on hope that falling rig counts would bring declining U.S. production. Rising Cushing inventories brought markets back to reality and they fell again in March (Figures 1 and 2). 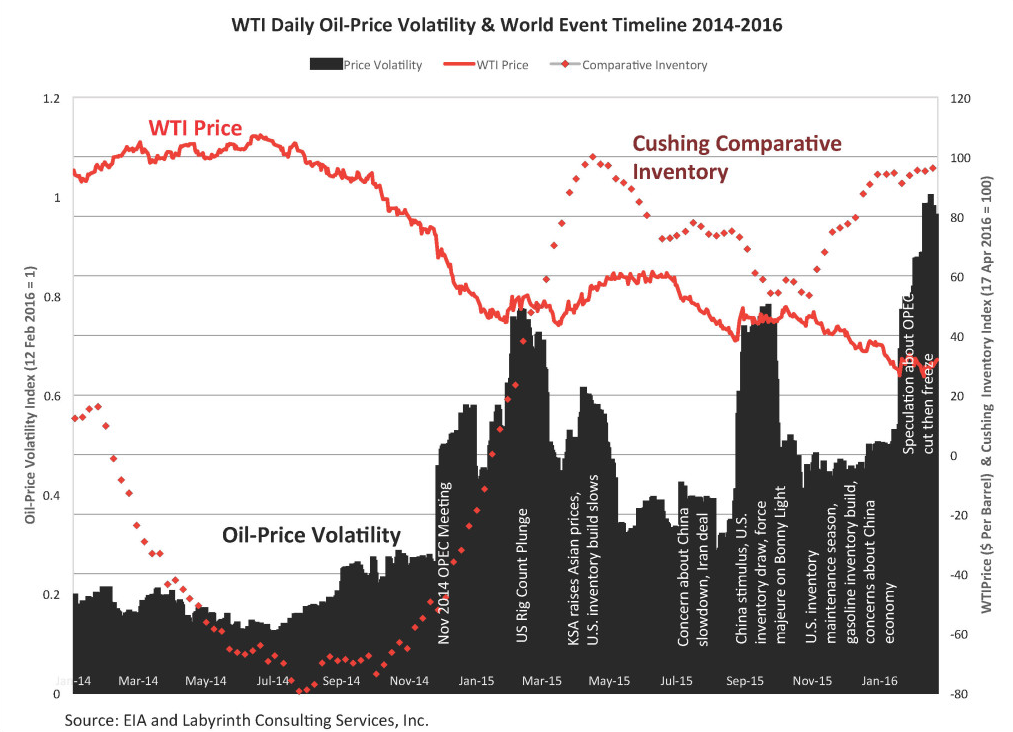 Cushing storage fell from mid-April to mid-June 2015 and oil prices rallied to $60 per barrel. Concerns about China’s economic growth and the lifting of sanctions on Iran added to flattening Cushing inventories and oil fell to near $38 per barrel by mid-August.