Another motorcycle fatality in western North Dakota, this one near Killdeer. I think this is the fourth motorcycle casualty reported in the Bakken in the past month. Link at The Bismarck Tribune.

So, how's the market doing today?
Disclaimer: this is to an investment site. This is the same idle chatter I would have if I were at the "deli" in Williston, ND.

What else? How are the pipelines doing? Most of which I've lost interest in.
Others:
Stock picker's market.

Watch: CBS -- we've seen this movie so many times, it's an open-book test.

A reader spotted this some weeks ago.

Disclaimer: cause and effect has not been proved.

Netflix announces that former-President Obama has signed with the network.

Netflix is now in free fall. 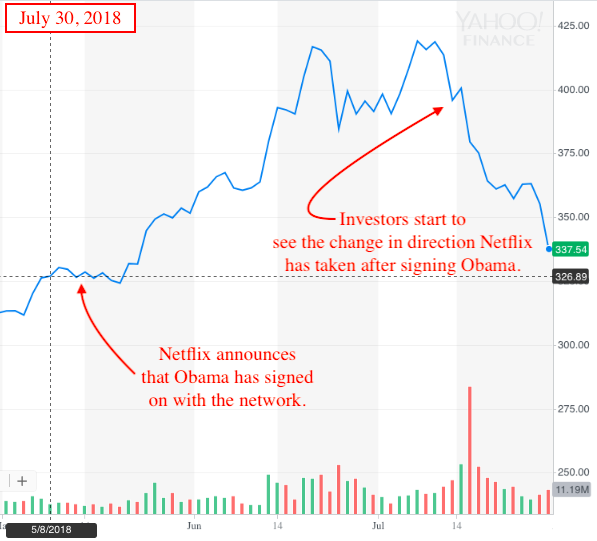