"No one saw this coming" -- DeGeneres voice over for the ubiquitous and annoying Spectrum commercials.

No one saw this coming, either, I don't suppose. LOL. From electrek:

By the way, the "cold weather" issue affecting electric vehicles has been known from since ... like forever, but this is something different. Pretty funny. From the linked article.


The door handles of the Model 3 are embedded inside the door and you need to press on one side for it to pop out and pull on it.

Model 3’s doors are also frameless and therefore, the window slides down slightly when you pull on the handle in order to enable you to open the door.

With the cold, several owners were reporting that the door handles were extremely hard to pop out and when they do, the window doesn’t always come down.

After we reported on the issue, Tesla said that it was investigating the situation.

On another note, The Boston Globe is reporting that sea turtles on Cape Cod are dying en masse due to extreme cold. I assume this happens every year, but this year it caught my attention. Sea turtles could use a bit more atmospheric CO2 it seems. 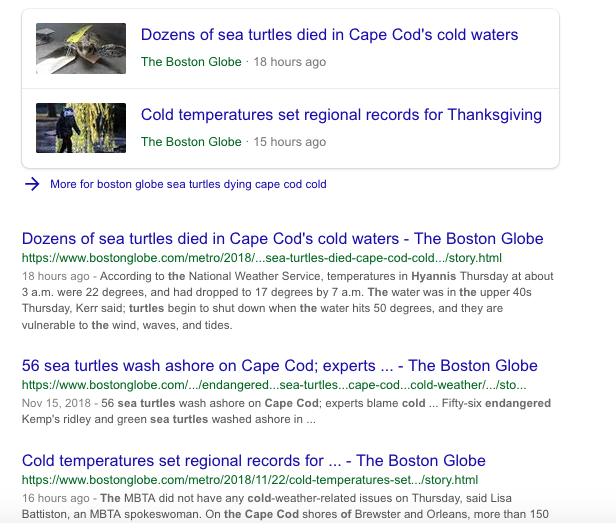 Meanwhile, it's short sleeve weather for some here in north Texas this morning.

Off my radar scope, but a reader alerted me to this story.

Yeah, at 24.4 cents per kilowatt hour, it is considerably higher than coal or natural gas.

Other links:
technology costs; EIA; graphics do not include natural gas or conventional coal; when looking at data be sure to note whether price is per MWh or KWh (a factor of 10).

Compare 24.4 cents/kwh with that of conventional coal from a google search: