NIT: Texas vs Lipscomb. Really? Really. For. The. Championship. Tonight.

Rush:
Word for the day: pteranodon --


Pteranodon ( pteron, "wing") (anodon, "toothless") is a genus of pterosaur that included some of the largest known flying reptiles, with wingspans over 26 feet. They lived during the late Cretaceous geological period of North America in present-day Kansas, Alabama, Nebraska, Wyoming, and South Dakota. More fossil specimens of Pteranodon have been found than any other pterosaur, with about 1,200 specimens known to science, many of them well preserved with nearly complete skulls and articulated skeletons. It was an important part of the animal community in the Western Interior Seaway (see below).

Pteranodon were pterosaurs, not dinosaurs. By definition, all dinosaurs belong to one of the two groups within Dinosauria, i.e. Saurischia or Ornithischia. As such, this excludes pterosaurs. Nonetheless, Pteranodon are frequently featured in dinosaur media and are strongly associated with dinosaurs by the general public. While not dinosaurs, they form a sister clade to dinosaurs within the clade Avemetatarsalia.

Unlike these other reptiles, pterosaurs are nonetheless more closely related to birds and dinosaurs than to crocodiles or any other living reptile. Pterosaurs are also colloquially referred to as pterodactyls, particularly in fiction and by journalists. However, technically, pterodactyl only refers to members of the genus Pterodactylus, and more broadly to members of the suborder Pterodactyloidea of the pterosaurs. 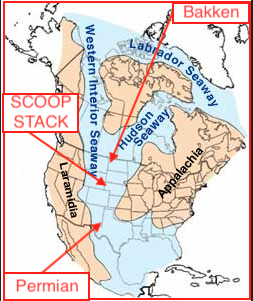 Avemetatarsalia (meaning "bird metatarsals") is a clade name established by British palaeontologist Michael Benton in 1999 for all crown group archosaurs that are closer to birds than to crocodilians.

An alternate name is Pan-Aves, or "all birds", in reference to its definition containing all animals, living or extinct, which are more closely related to birds than to crocodilians.

Almost all avemetatarsalians are members of a similarly defined subgroup, Ornithodira. Ornithodira is defined as the last common ancestor of dinosaurs and pterosaurs, and all of its descendants.Members of this group include the Dinosauromorpha, Pterosauromorpha, the genus Scleromochlus, and Aphanosauria.

Birds belong to the dinosaurs as members of the theropods. Pterosauromorpha contains Pterosauria, which were the first vertebrates capable of true flight. Aphanosauria is a Triassic group of gracile carnivorous quadrupeds which was recognized in 2017.

So, if I read this correctly, modern birds are dinosaurs, belonging to the dinosaurs as members of the theropods.

Meanwhile, the flying "birds" during the Cretaceous were flying reptiles, not flying dinosaurs.

At this link, one can "see" the ten most exciting "dinosaur finds" in Hell Creek formation.

The ten "finds" and where they can be seen today: 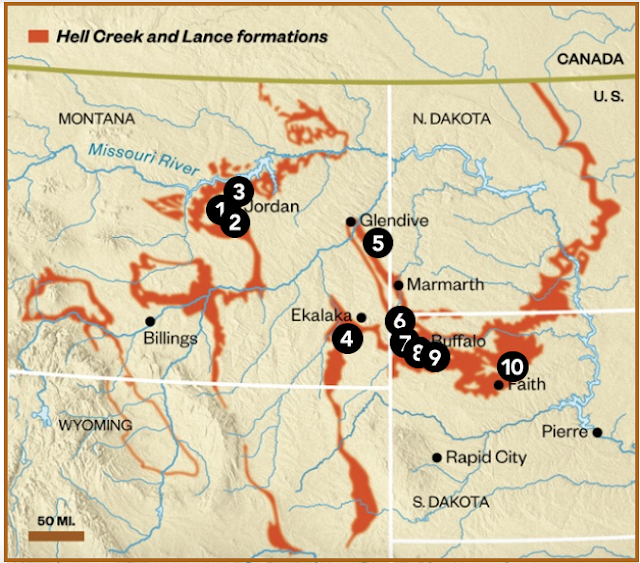