Gasoline demand graph has been posted. 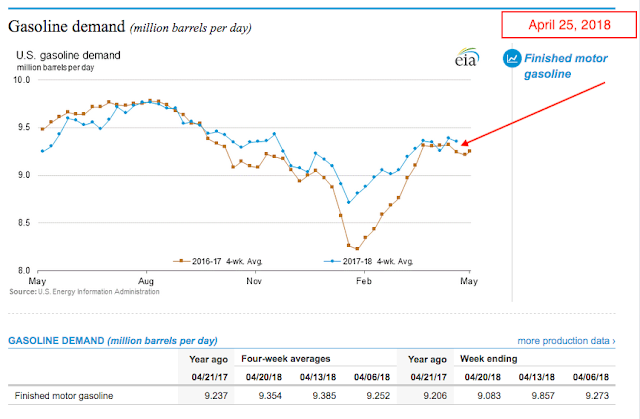