It made no sense then; and, it makes no sense now. LOL. From What's Up With This? 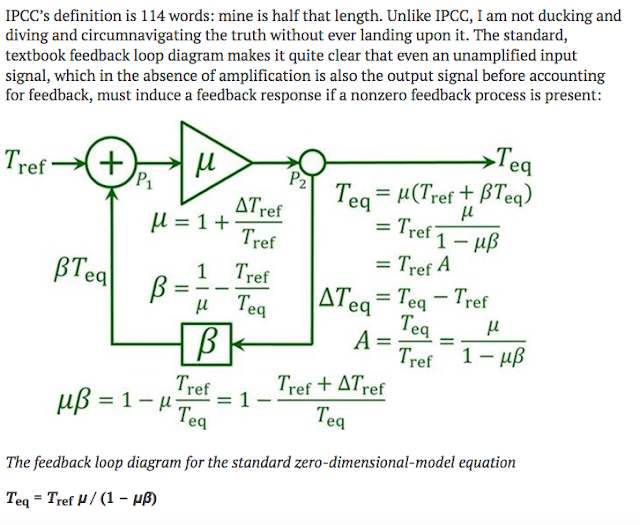 Anyone that knows anything about feedback loops can see the fallacy in the "global warming" model depicted above.

"T" is for temperature.

Put in any temperature for "Tref" and run the feedback loop as many times as you want until you get the Algore number, "Teq."