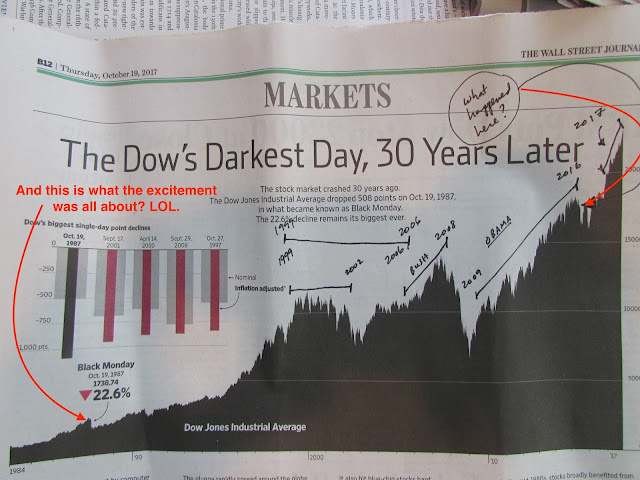 Wow, The WSJ used a lot of black ink to produce that image.

There was an 18-month-period, from late 1968 through mid-1970 that clearly had some of the best music ever.  This was the year of Woodstock. The Beatles were still going strong, but touring less, and would soon stop completely.  Led Zeppelin's first two albums, Zeppelin I and Zeppelin II, were released in 1969. The era of "free love" and the uncertainties of the Vietnam War probably contributed to some of this really incredible music.