Oil: drops to lowest price since November as US inventories swell. These are the only two numbers I need to know:
By the way, the 5-million-bbl increase far outpaced the forecast of about half that amount -- 2.8 million bbls were forecast.

The 533 million bbls in US storage does not include the US SPR.

What do Sears and Saudi both have in common? Yup, an "S" at the beginning of their name. As in "sinking." Sears warns of "going concern" doubts.

Poll. Closing out the earlier poll in which we asked whether Dennis Gartman was wrong, or was he early, when he turned bullish on oil (when he predicted $55 would be the new floor) and oil immediately trended down to $47, where it languishes today. The results:
If by "early," Dennis may yet be correct -- by 2020.

Getting ready for her flight home yesterday: 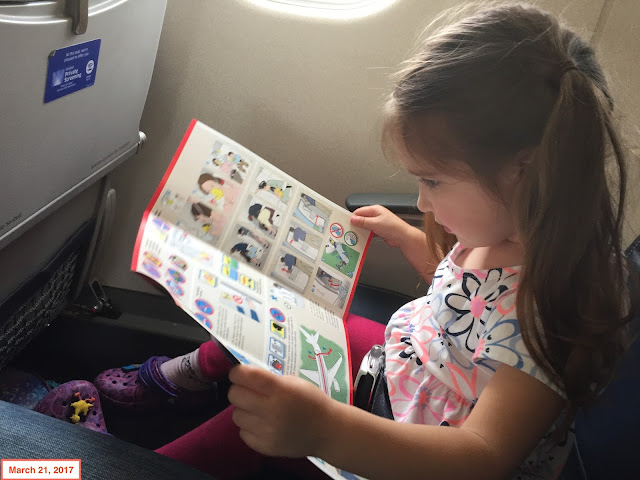 
Both AAPL and SRE are up nicely in a down market.

Dow: Continues where it left off yesterday: opens down 40 points.

My first note on this book was earlier this week.

This may be the best book on this subject. As far as I know, the third edition was the last edition. Obviously a lot has happened since 1988 but this is not a bad classification method.

Carl Woese's three-domain system is probably more acceptable these days than Margulis' five-kingdom classification system but once you get to the phylum level, it probably matters not.

If you have a child/grandchild interested in biology heading off to college in the next year or so, I would recommend this book. A mentor (parent/grandparent/teacher) could spend some time with this book, get a feel for it, and then in one or two 30-minute sessions "speed-read" the book with the college-bound student. After that, it becomes a great reference book. This book is not to be read cover-to-cover.

Meanwhile, the book is filled with cocktail party trivia.

Fungi are more closely related to animals than plants: the chitin that forms the fungal spores is the same/similar as the chitin exoskeleton of insects.

Of the bacteria, there are 14 phyla.

The really nasty bacteria -- as far as humans are concerned -- are the first two phyla, the "purple bacteria" and the spirochetes. The "purple bacteria" include the largest number of genera of any phylum -- by a large number (too great to count): Enterobacter (E. coli); Klebsiella; Neisseria; Pseudomonas; Rickettsia; Salmonella; Shigella; Vibrio; -- to name just a few. The spirochetes, of course, include Spirochaeta and Treponema.

Margulis' 13th phylum among the bacteria: Deinococci. Because they tolerate as much as 3,000,000 rads of ionizing radiation, they are easily isolated by bombardment with radiation, a procedure that kills everything else. (The human lethal dose is about 500 rads, and bacteria [other than Deinococci] are killed by 100 rads.)

Of the 37 phyla of Animalia, most interesting might be the 27th -- the tardigrades (water bears).

Plants with 12 phyla are the most confusing, by far.


I'm Movin' On [Hank Snow], Johnny Cash [and Waylon Jennings]
Posted by Bruce Oksol at 8:09 AM