Last week when I visited the Bakken, instead of taking the bypass around Watford City, I took the "main road" through the city. This was what I saw, all the way from the south end of the city to the main intersection in the "center" of town.

By the length of each video, you can get an idea of just how big a project this is. There is about four minutes of video and I stopped filming well short of getting to the "center" of Watford. I think I stopped filming just before I got to the traffic signal at the "old" ND State Highway 22 turnoff but I could be wrong; things have changed so much with the bypass, I did not recognize old landmarks.

Something else: throughout the boom, DOT and commercial operators did absolutely everything to keep traffic moving. Note: there are no flagmen on this entire stretch; there are no detours; there are no temporary traffic lights; there is nothing to slow traffic down. This is inside city limits and vehicular traffic was traveling at almost the posted speed limit despite construction, heavy equipment, and heavy traffic. When we lived in Boston, there were no less than three uniformed policemen and two cruisers for any road project, no matter how minor, including painting a crosswalk.

This is heading north: 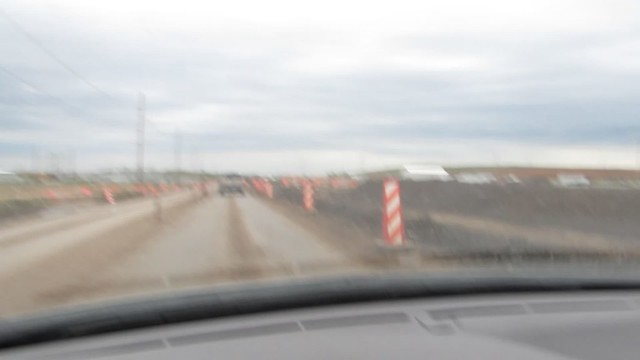 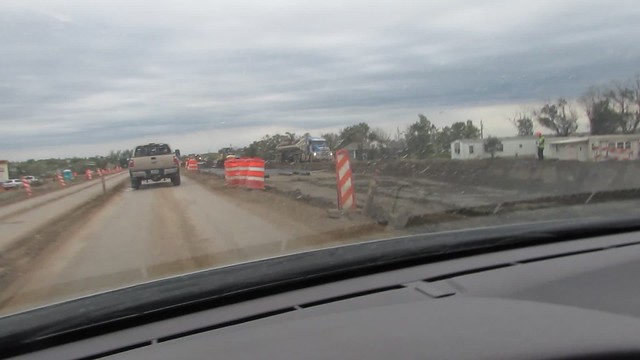 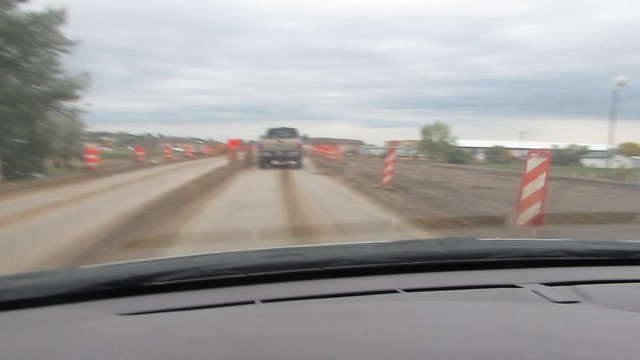 Because of download constraints, my videos have to be short, otherwise I would have tried to do this in one continuous shot.

One of the things that struck me while in Williston was the number of folks still coming from out-of-state. One of the first men I talked to was working on a city construction project. He was from Florida and had never seen snow. He hoped the project he was working on would be complete before winter so he could return home before it began snowing.

The vast majority, it seems, of the "contract" workers at Bethel Home where my 95-year-old dad lives were out-of-staters. A lot came from foreign countries, particularly South Africa.

If folks were still coming to North Dakota to find work, it made me wonder just how bad the economy was in other parts of the US. Don wondered the same question when he sent me the link to this Dickinson Press article about workers still coming to Williston and Watford City to find work.

Don noted this in the article:


In Watford City, which some real estate experts say is on pace to surpass Williston's population in coming years, the story is much the same.

I think that's a bunch of "real estate hype." I can't imagine Watford City's population surpassing Williston's population, ever.  But it does emphasize how fast things continue to develop in Williston and Watford City.

The story does not mention the price of new homes or rental costs. They have come way, way down. Man-camps used to run upwards of $200 a night are now advertised as $24.99/night, but I think those were "old" signs -- it appears most man-camps in Williams County have closed. I don't know for sure, but there was no sign of life at any of the ones I drove by, including the big one west of Tioga.

I would be surprised if one couldn't find incredibly inexpensive lodging, and although it wasn't particularly noticeable, there were a fair number of houses on the east side (the "old" Williston) up for sale.
Posted by Bruce Oksol at 9:44 AM