I cannot believe I forgot to post this link. I thought it was the biggest story of the week when a reader sent it to me. I was saving it to post at the right spot, right time, and then I completely forgot about it. Scrolling through the top stories over the past year reminded me that I had forgotten to post the story.

It is now being reported "everywhere," and I assume the stories are almost the same. I will link the story as posted by The Grand Forks Herald:

A group of researchers in Grand Forks can now fly unmanned aircraft to new lengths—beyond what their eyes can see.

The permission, known as a certificate of authorization, allows test site staff to fly unmanned aircraft systems, also called drones, without the use of a chase plane. Chase planes are piloted aircraft that follow drones during flight to maintain a sightline between the drone and a human in order to avoid midair conflicts.

"Every time that we go up on a flight, we're sending up two aircraft," said Nicholas Flom, executive director at the Northern Plains UAS Test Site. "It doesn't make any sense. That kind of defeats the entire purpose of an unmanned aircraft if I have to send up a second aircraft to go along with that."

Test site personnel won't be able to retire the chase planes just yet. It will be about three to four months before they can take to skies without one because Grand Sky needs to complete technology upgrades so it can link to the base's digital radar system.

This is a big, big story, and again, another first for North Dakota, as far as I know.

Dr Chris Miller has an excellent essay in today's Wall Street Journal, "The Survival of Putin's Economy." Dr Miller is associate director of the Brady-Johnson Program in Grand Strategy at Yale University and the author of The Struggle to Save the Soviet Economy: Mikhail Gorbachev and the Collapse of the USSR, University of North Carolina Press.

In a required course in religion in my first year of college, I first heard the word "existentialism." I had trouble understanding it throughout that course. Now, almost 50 years later I understand it very, very well, and I find it an incredibly useful word to use when discussing geo-politics. I don't hear this word used much by television talking heads (in fact, I don't recall hearing that word ever on MSNBC "Morning Joe." (There's a reason for that which is somewhat counterintuitive.)

Reminiscing: my declared major when entering college required a huge amount of biology and chemistry and one year of calculus (which college bound students can now take in their senior year of high school). The college required one course in religion in the first year. It was my most difficult subject; and, at the time, I don't think I understood "any" of it. I do not remember whether I enjoyed that course or not. I do remember the professor as a most unusual individual but incredibly personal and understanding; I assume he had a doctorate in divinity but at the time I would not have known, given my lack of curiosity in such matters. I remember him only vaguely -- his physical attributes -- short, glasses, tinny voice -- but I remember vividly the first time he handed out "blue books (?)" -- those 10-page narrow-lined pamphlets that were/are (?) the mainstay for essays. We were instructed to write an essay interpreting a piece of music (Simon and Garfunkel's "I Am A Rock") based on the lectures he had given the past semester. Wow. Up until then I had only listened to country music for the most part and had never heard this song.

In the USAF, one of the most impressive/important/memorable courses I ever took was Stephen Covey's Seven Habits of Highly Effective People. Habit #5 (seek first to understand, then to be understood) was the most difficult for me to figure out what Covey was saying. It is perhaps the most important of his seven habits.

Putting this altogether helps me understand the perspective of my doppelganger 65-year-old white Russian walking the streets of Moscow today.

This past week I've been spending a lot of time reading and re-reading books on quantum theory -- just mainstream stuff, nothing of an "academic level," if that makes sense: books you see at Barnes and Nobel, for example, or articles one sees in The Wall Street Journal.

Today, of all things, there is a half-page book review in today's "Review" section of The Wall Street Journal: "A Perfect Fit" by Gino Negre reviewing A Fortunate Universe, by Geraint F. Lewis and Luke A. Barnes. I will order the book from Amazon later today.

My hunch is that it is very similar to The Privileged Planet: How Our Place in the Cosmos is Designed for Discovery, Guillermo Gonzalez and Jay Richards, c. 2004.

The review notes: a tiny tweak to the mass of quarks would yield a universe with nothing but hydrogen and helium.

By the way, in the same "Review" section, a short essay: quantum theory can help us teach tolerance. The writer begins: "Complementarity is the idea that there can be several different ways of describing a single system, each useful and internally consistent, but mutually incompatible. It first emerged as a surprising feature of quantum theory, but, following Niels Bohr, I believe that its wisdom is much more widely applicable."

By the way, for someone with a fairly good background in this subject, the book I would recommend: The Age Of Entanglement: When Quantum Physics Was Reborn, Louisa Gilder, c. 2008. 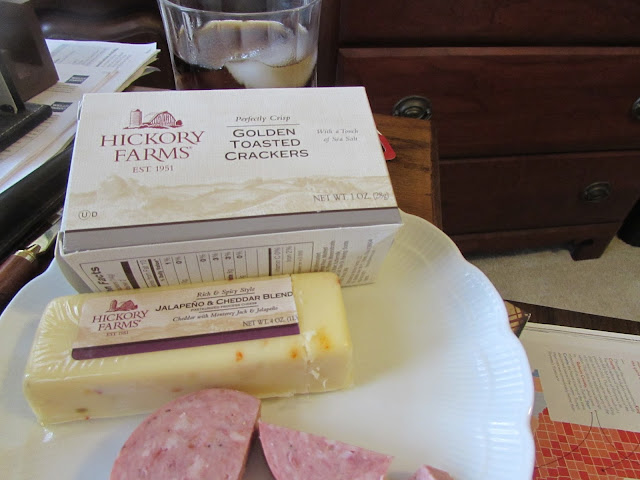