If the spirit moves me, I may post some of them tomorrow. Bottom line: the numbers are changing quickly (and in a positive direction for the oil and gas industry). John Kemp can be followed at Twitter.

Which reminds me. Recently (yesterday?) there was an article in The Wall Street Journal about the problems folks have with Twitter. I did not understand Twitter for the longest time, but without question, it is one of the best tools out there. Lots of advice could be given, but I think if folks "study" Twitter for a short period of time, they can make it a very, very useful tool.

Okay, I'll post one John Kemp graphic. I still think it's possible the US could break the 10 million bbls of oil used in one day sometime this year. 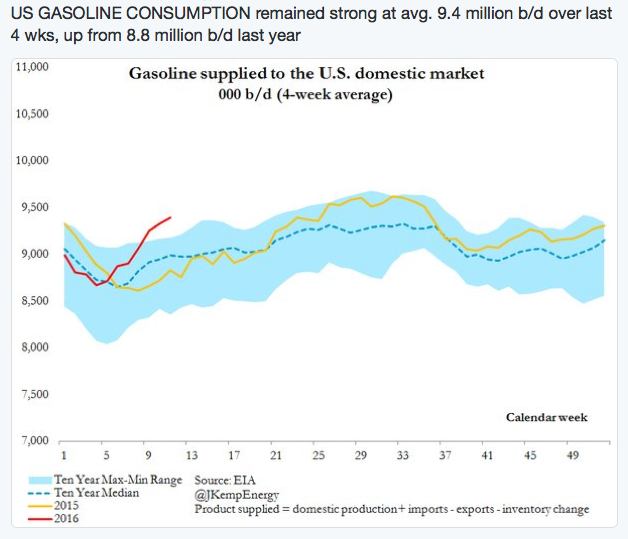