Emissions of carbon dioxide remained unchanged for the second year in a row in 2015 while the global economy continued to grow, according to preliminary data from the International Energy Agency.

Renewable energy accounted for about 90% of new electricity generation in 2015, IEA said. Of that increment, wind accounted for more than half.

Apparently no credit is given for the #1 economy in the world switching from coal to natural gas.

Considering how little intermittent energy accounts for total global energy, I would like to see a peer-reviewed study to back up the IEA's contention that the "good news" is due to wind and solar energy. 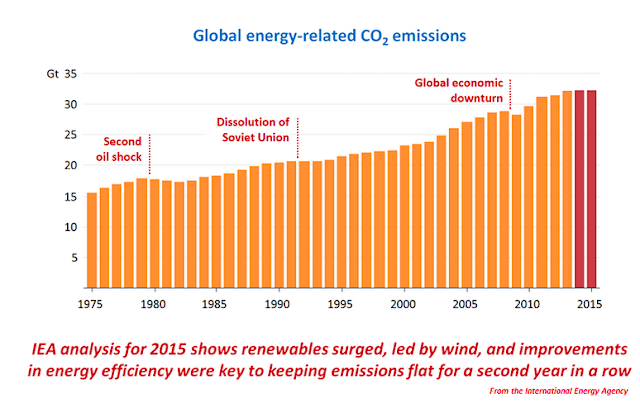