Bloomberg talks more about shale production and "re-mapping" by the EIA.

The Energy Information Administration expanded its monthly forecasts to include the Anadarko shale region spanning 24 Oklahoma and five Texas counties. The region, a well-established oil and gas producing area, has seen an uptick in improved drilling and completion technology.

The U.S. shale production gain is being led by the oil-rich Permian basin of New Mexico and Texas, where production has risen steadily over the past two years. The agency projects Permian output to rise by 64,000 barrels in September, reaching a record of 2.6 million barrels a day. [Memo to self: update wiki's Hubbert Peak Theory entry, see below.]

The forecast comes just as Saudi Arabia and Iraq, the two biggest producers of the Organization of Petroleum Exporting Countries promised to strengthen their commitment to cutting production.

Crude output in the U.S. meanwhile has climbed in nine of the last 10 months. Prices declined to a three-week low Monday amid global glut concerns. Non-OPEC supply is set to expand over the next five years, while growth in total oil demand will slow.

The EIA report also made another change to reflect shifts in oil and gas production: The agency consolidated data from the Marcellus and Utica areas, known for their natural gas production, and classified it as a single Appalachia region.

Why? Why did the EIA add the Anadarko. The agency could no longer ignore the huge amount of  natural gas coming out of this oily play. From Bloomberg,


America’s shale gas production is about to surge 12 percent. Sort of.

The Energy Department issued a report Monday estimating that the nation’s prolific shale formations will yield 59.4 billion cubic feet a day in September, a massive jump from the roughly 53 billion projected for August.

The difference: The agency began including the more than 6 billion cubic feet a day of gas flowing out of the Anadarko basin of Oklahoma and Texas.

The addition of the Anadarko is testament to the flood of gas flowing out of shale formations known better for their oil riches. Almost half of the country’s shale gas is now being produced in crude plays, pulled out of oil wells as a byproduct.

These supplies, known as associated gas, threaten to quash any meaningful recovery in an already-glutted market. 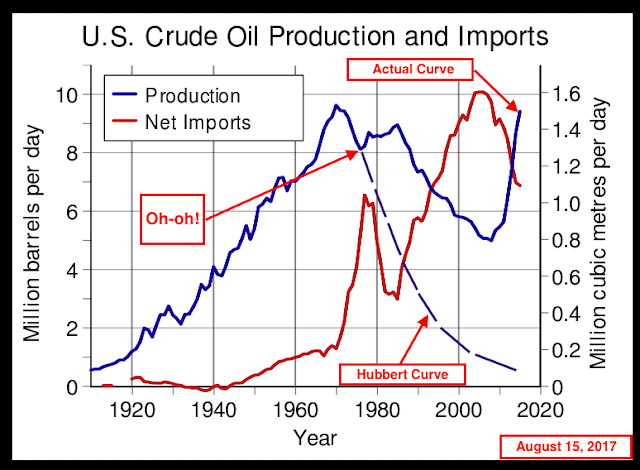