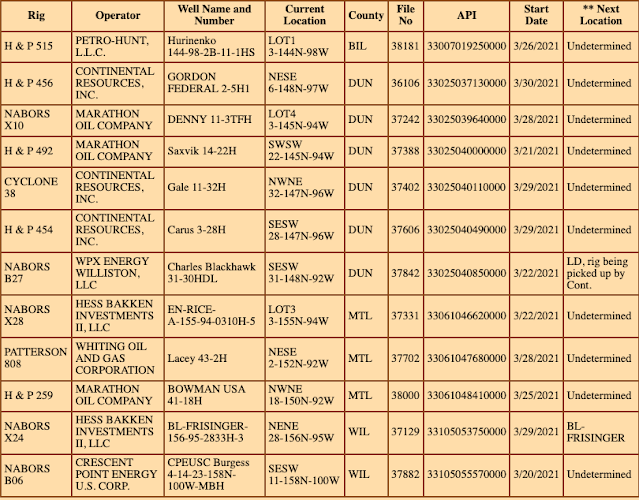 COP: from SeekingAlpha (remember, most contributions are available without subscription when first released but then require a subscription later on to access). COP with new focus on shareholder returns.

Flashback: Saudi's ill-timed surge in oil exports one year ago --

We are still settling into our new apartment -- whoo-hoo -- I've never done a rack of lamb, for a variety of reasons, always lamb chops, but eager to try to something new -- and turned out "perfect." Even though it was a very, very small rack, we had one rib left over. I think a rack of lamb is easier than lamb chops and much more delicious, although that could be due to less trimming of the fat on the rack than I do on the lamb chops. Photos (ignore the messy kitchen; as noted, we are still moving in): 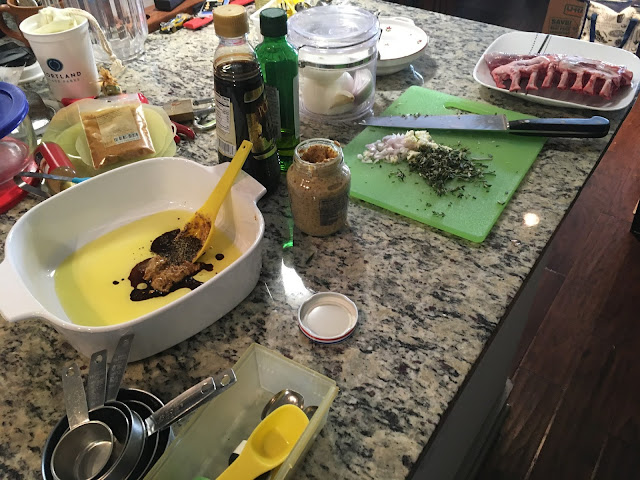 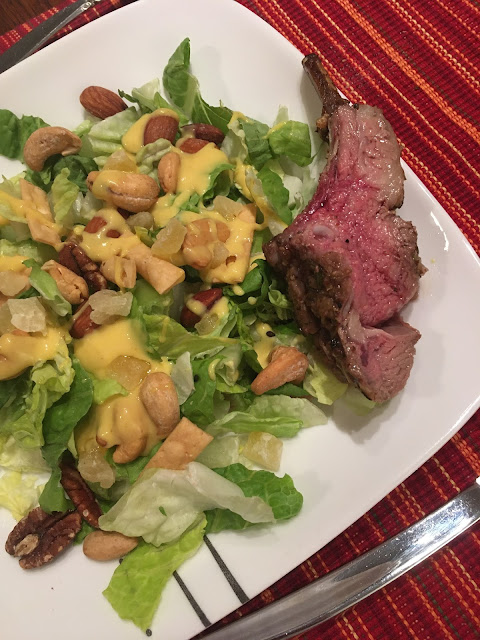 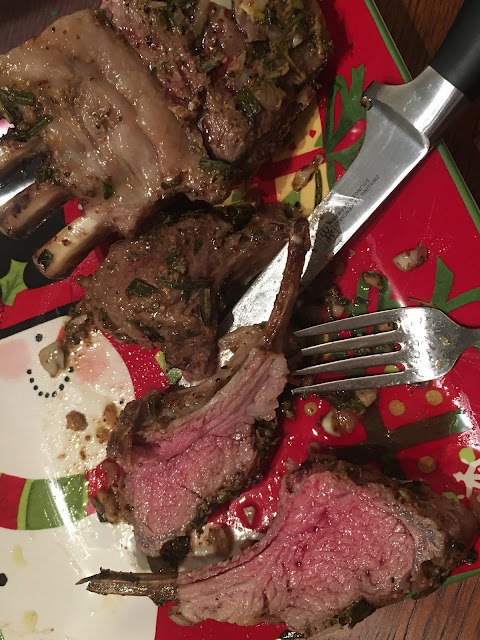 Meanwhile a reader sent photos of an incredible leg of lamb done on his Weber, for party of 14 people or so:

About an hour later.

Direct.
How to butterfly and prepare a leg of lamb. Butterflying the leg of lamb is critical to an even thickness of the meat and uniform grilling.
My understanding is that this reader has a fairly impressive outdoor kitchen / grilling set-up, but both of us enjoy seeing how absolutely versatile a simple Weber is.
Posted by Bruce Oksol at 9:35 AM