Oil, offshore: "everyone" seems to remind us that there's no money in fracking. That may be. But it turns out it's just as bad offshore. From Rigzone:
But:
I think there might be a huge analogy here with shale. I'm thinking of the prices paid for the Permian between 2010 and 2016.

MSFT: DOD JEDI win is huge; will be even bigger. Link here. The bigger story: the company that did not get JEDI. This was a no-brainer.

Ford: needs to find a horse it can ride and stay on it. This is getting tedious, but maybe the third time is the charm.

The bigger story: same link as above. Remember all that hand-wringing about 3Q19 earnings. Well, here we go again:


We are now about halfway through the third-quarter earnings season, and the numbers so far have been much, much better than expected.

Meanwhile, 64% of companies have reported better-than-expected sales, with sales coming in about 1% above estimates. Broadly, then, the third-quarter earnings season has been really good.

So good, in fact, that it’s a big reason why the S&P 500 has surged to all-time highs in October.

Starbucks -- the new community library: a month or so ago, Starbucks quit selling hard copies of the WSJ, NYT, and the local newspaper. A few of us were disappointed. But again, Starbucks made it right. Logging into Starbucks in their coffee shops, one has access to any number of newspapers otherwise behind a paywall. When first announced a month or so ago, Starbucks had access to four national newspapers. Look at the list now. I'm most thrilled to have access to Barron's. This is quite remarkable. I understand that this "freebie" may be limited in time and that Starbucks could monetize this within a year. I hope not. 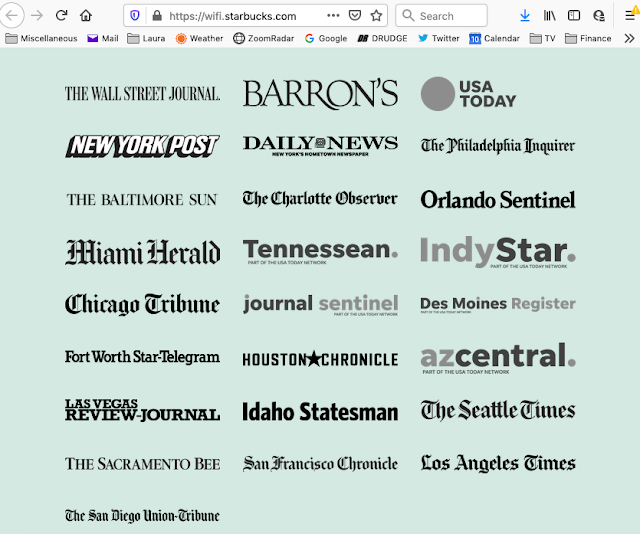 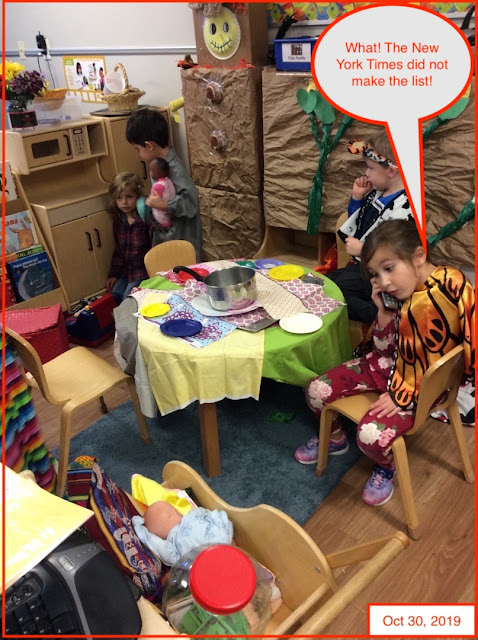