Price Of Gasoline In California Could Be Decreasing This Next Week; Saudi Cuts Price Of Oil To US After Trump Call -- May 5, 2019

From a reader in Paso Robles, CA, last week: I just filled up with premium gasoline, $4.459/gallon.

California imports 75% of its crude oil. Most of that comes from Saudi Arabia, I believe. Could be wrong.

Saudi Arabia bases its price on Brent and Brent is generally $10/bbl more expensive than WTI.

Saudi increased its prices for oil headed to Europe; decreased prices headed to the US -- after President Trump called.

I'm not worried; I'm watching another movie. But it does raise a question: just how important was all that Venezuelan, Libyan, Nigerian oil all these past years -- oh, that's right -- that was pre-US shale ....

Indictment of US public schools: 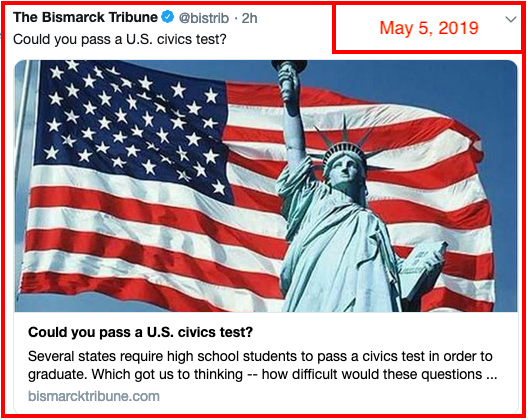 The questions are ridiculously easy if taught.

Iowa. Historic Mississippi River could extend into June. Perhaps all those windmills should have been used to lift water out of the river. Whatever. 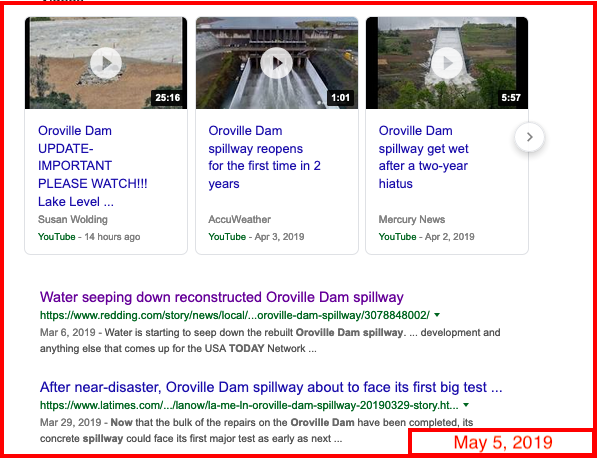 
On April 2, 2019, due to heavy rainfall upstream, the DWR began releasing water over the newly reconstructed spillway at a rate of 8,300cfs.  Releases were increased to 25,000 cfs on April 7 to test how the spillway performs in higher flows. They were decreased to 15,000 cfs on April 9.

When it was announced that Guaidó began the revolution, I said it would be a short war. Now this headline in The New York Post:  Venezuela’s Juan Guaidó says he overestimated military support.

Venezuela will do just fine without US intervention. If we get involved, "we own it."
Posted by Bruce Oksol at 9:03 AM