But before going, we haven't looked in on Art Berman lately. What's he saying now? This is from his most recent article over at his site: the US over-supply of oil is ending. 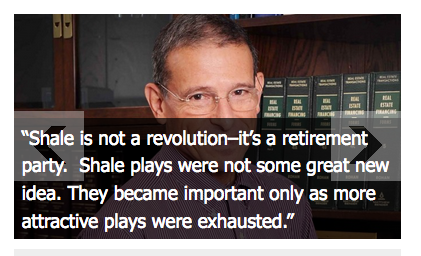 He and I live in a different universe. It appears he forgets that the majors were still drilling "attractive off-shore plays" when small independents broke the code for fracking tight oil plays.

Having said that, in the column linked above, Berman suggests this:


If "comparative inventory" continues to fall at the 9-month average of 4 mmb/week, oil prices may be approximately $67 per barrel by the end of December. If C.I. falls at the 8 mmb/week average since late September, WTI could approach levels not seen since before the price collapse in late 2014.


The causes of the U.S. inventory drawdown are clear: increased exports of crude oil and greater domestic consumption. (What about decreased imports from OPEC?)

Crude oil exports for the first half of 2017 averaged 766 mmb/d but rose to 1.8 mmb/d in September and October. Increased exports now average more than 12 mmb/week and contribute substantially to reduced inventory levels.

Higher export levels correlate with the increased spread between Brent and WTI prices that began in late July. Traders can sell U.S. crude oil overseas at less than international prices but at levels higher than domestic pricing allows. Record exports of 2.13 mmb/d occurred during the week ending October 27.


Tight oil production levels, crude oil quality and U.S. refinery blending needs are behind the WTI discount to Brent price. Most U.S. refineries are designed for international grades of oil like Brent which is heavier and contains more sulfur than WTI (think Madison and Red River from North Dakota).

The U.S. has had a surplus of light sweet oil since the tight oil boom began, and the Brent-WTI spread reached almost $30/barrel in September 2011 as a result

Berman is concerned that declining US crude oil inventories will drive up the price of oil (above $70); increase the price of gasoline by a dollar/gallon; and lead to an economic downturn. In fact, US shale can respond quickly to changes in the price of WTI. If we trend toward $70 (which forecasts that we could go above $70) there is no doubt in my mind that operators in the Permian and the Bakken could respond with an increase of more than 3 million bbls/day.


India is now home to the world’s eighth-biggest stock market, overtaking Canada for the first time in almost a decade. The score: India $2.29 trillion, Canada $2.28 trillion.