Connecting a couple of dots.

First dot: back on December 27, 2014, I posted a graphic of the "hot spots" in the Bakken. One area caught me by surprise, a hot spot in northern Divide County near the Canadian border. This is not where a "sweet spot" is expected to be found.

Second dot: operators have circled the wagons around the hot spots in McKenzie County, mostly around Watford City. With one exception: SM Energy continues to drill in Divide County and continues to add additional permits in that area.

So, I was curious. What does the NDIC GIS map show?

The graphic below matches exactly the "hot spot" in Divide County noted at the linked article above.

The rigs are here:
So what are the wells likely to be like? Smack in the middle of these wells being drilled, is a four-well pad: 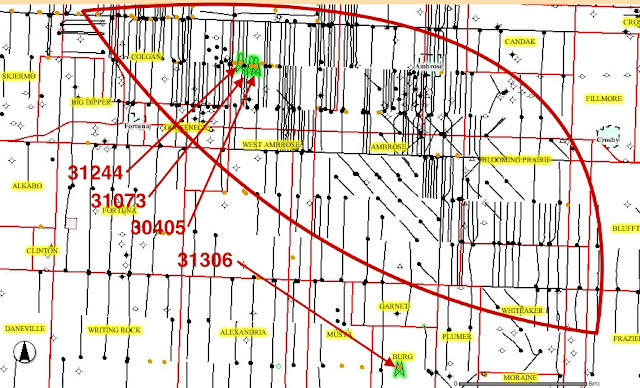