End To Ukraine Crisis? -- February 5, 2015; Our Man Kerry Is On The Scene; Lois Lane And Jimmy Olsen Have Also Arrived

The Telegraph is reporting:


Angela Merkel and Francois Hollande's peace plan proposes autonomy for pro-Russian separatists in eastern Ukraine in a larger area in return for a ceasefire, according to Germany's Sueddeutsche Zeitung newspaper.

If Merkel and Hollande leave Kiev without "Peace In Our Time," it could get really, really ugly.

After Kiev, Merkel flies to Moscow.

At the linked article, there are two major concerns: predictably unpredictable no-drama Obama, and John "Dead Last" Kerry. Those two guys have the uncanny ability to snatch defeat from the jaws of victory. 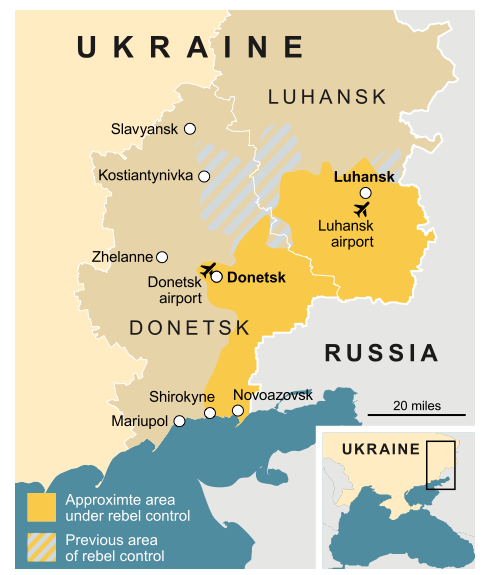