Playing the press. I really enjoy watching the president play the press. First thing he said when the press asked him about RBG. "Wow, I did not know that. That she died. Wow." LOL. He was the first to know. I love watching him play the gullible press.

To paraphrase Tennessee Ernie Ford: defund the police and what do you get?

A whopping 52% jump in homicides from 2019 -- five times any prior year -- Chicago. Five time any prior year. Link here. My hunch: not a bad thing. Sort of like the riots: mostly peaceful.

US LNG export terminals: we're back! That's the nice thing about fossil fuels. Only so much storage, and it all gets used up. Platts S&P Global  link here. 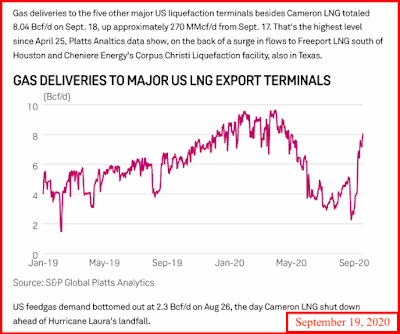 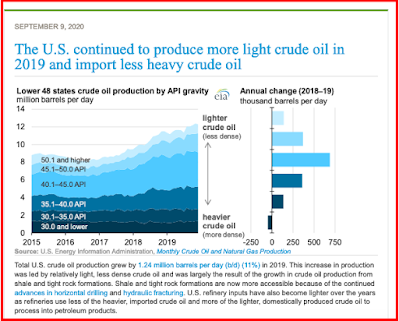 AMLO's sense of humor: Dos Bocas refinery completion date is 2023. Had to laugh. An analyst was called out on this over on twitter. Her defense? She says she was being diplomatic. Diplomatic on twitter? Sorry. Not sorry.

Limbo (or should we say, "in limbo"): how low can they go? Mexico's refinery capacity utilization is 33%. Link here.

Speaking of how low can it go? COP's dividend "shaky." Link here to SeekingAlpha.

DAPL: federal appeals court set November 4, 2020, court date for DAPL. When's the presidential election? I've lost that bubble.  Oh, there it is, one day after the election. LOL. Tell me again this isn't political. LOL. 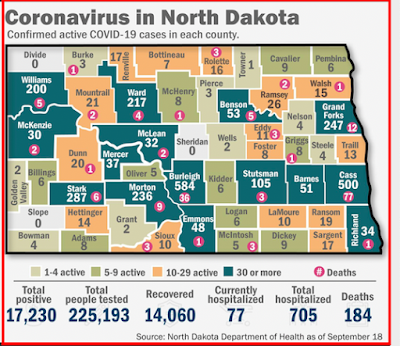 Cheated: the four nominees who lost to Art Carney in 1975. Art Carney won best actor Oscar for role in Harry and Tonto beating out Albert Finney (Murder on the Orient Express); Dustin Hoffman (Lenny); Jack Nicholson (Chinatown); and, Al Pacino (The Godfather Part II). Harry and Tonto? Most boring movie ever and Art Carney? He was better in the The Honeymooners.

Nothing to say. Not watching anything. No interest in BLM, NHL, or NFL. Cleveland Browns and Cincinnati Bengals on Thursday Night Football. Are you kidding me? NHL: Dallas Stars in the finals. Wow, I didn't know that. Exception: PGA tournament this weekend. Wow. Both Phil and Tiger missed the cuts. Phil Mickelson finally took off his sunglasses for the last few holes on Friday.