Sunday Night Meandering -- Nothing About The Bakken -- November 5, 2017

Sports. Wow, another great NFL-free Sunday. Saw the NASCAR race in its entirety. Eric Jones finished #10 and earned some points. Good for him. It looks like we won't see the "big names" in the championship. Danica Patrick is out. Dale Earnhardt is out. Jimmy Johnson is in a do-or-die situation going into the next race. At 51 points down, I assume JJ nearly has to win next week's race to qualify for the Final 4 Race To The Finish, or whatever they call it these days. By the way, was the winning car a Ford Fusion today? I think so. But if Danica Patrick is out, is NASCAR even worth watching any more? LOL.

Vin Scully: will never watch another NFL game. Meanwhile, it is reporting that stadiums are "empty." Not quite, but lots of empty seats.

She recently visited a Children’s Miracle Network hospital in San Antonio, where she got to see nearly every patient.

Most of them were really excited to see her, but one boy wasn’t impressed.

After she talked with him for a while, he was still skeptical.

“If you’re really Miss America, are you married to Captain America?” he asked.

Changing names: outside of the Portland, OR, area folks may not know that Kroger is buying the Fred Meyer grocery/clothes line of "department" stores. Apparently, they've decided on a new name for the merger: Freddie Kroger. LOL. 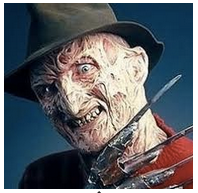 Technology: wow, technology is great. A reader introduced me to a bit of technology that I did not know existed on pdf's. Lots of fun.

$1,000 camera. Speaking of technology, that reminds me. Samsung, at Costco, is now advertising the Samsung Galaxy Note 8 Phone as a Samsung Camera. It's not a phone any more. It's a camera. Which just happens to have a "phone" feature. For Apple, it's not an iPhone X any more either. It's a mobile computer with a huge touchscreen and a wi-fi stereo system. The ability to make phone calls via "the phone" is becoming less and less interesting; for all intents and purposes, the ability to talk to someone via "the phone" is simply an app. In fact, my hunch is that Sophia, our 3-year-old granddaughter, will someday ask what a phone is. She will simply touch the "talk-app," or more likely,  the "FaceTimeHologram" app. In fact, I assume with facial ID she will simply have to look at the "FaceTimeHologram" app, wink, and it will open automatically. But the CNBC crew will still say Apple is simply evolving, nothing revolutionary to see here.

Ultimate Christmas gift for grandchildren: a $1,000 Apple iPhone X with Apple Pay linked directly to Grandpa's bank account.  Does anyone really believe Apple Pay is not among the top eight favorite mobile pay apps? In 2016, it was ranked #5.

Book reviews: the past week I saw a number of book reviews and/or essays regarding socialism, communism, etc. I was mentioning that to our old granddaughter -- and then it dawned on me, this year is the 100th anniversary of the Russian Revolution, October, 1917. Completely slipped my mind. Fifty percent of millennials say they would like to live in a socialist country: Yemen, North Korea, Cuba, Venezuela, top the list, I suppose. I don't even think China or Russia really qualify for true socialists any more. I don't know. Maybe Bernie would know.

Amazon deliveries: in the good old days I would order something from a catalogue or more recently, on line, and part of the excitement was the anticipation of receiving the item in the mail. The excitement has been lost. I cannot get used to it. I order something from Amazon, and I get it in two hours. I specifically ask Amazon to delay delivery (for various reasons) and items still arrive in less than two days. Drives me nuts. I can't even enjoy the excitement of anticipation any more.

Best comment all day: when it was revealed that Wilbur Ross forget to mention something regarding his financial holdings, this is what someone over at The WSJ said in a comment: "Another shoe just dropped," McCain told a CNN reporter outside a Senate office in Washington. "There will be many more shoes that drop." It's a centipede.

Nothing is ever clear. Let's see -- there's a Saudi purge and the son of the former crown prince of Saudi Arabia dies in a helicopter crash along with his closest friends, and folks can't come up with a "connection." Ask Hillary; remind her about Vince Foster. From The WSJ:


Saudi Prince Mansour bin Muqrin and a number of government officials were killed Sunday in a helicopter crash some 70 miles from the kingdom’s southern border with war-torn Yemen.

Prince Mansour is the son of prince Muqrin bin Abdulaziz, who resigned from his position as Saudi Arabia’s crown prince in April 2015 to make room for King Salman’s son Mohammed bin Salman.

It wasn’t immediately clear whether there was any link between the crash and a bloody Saudi Arabia-led war against Yemen’s Houthi rebels, which has raged across the border for more than two-and-a-half years.