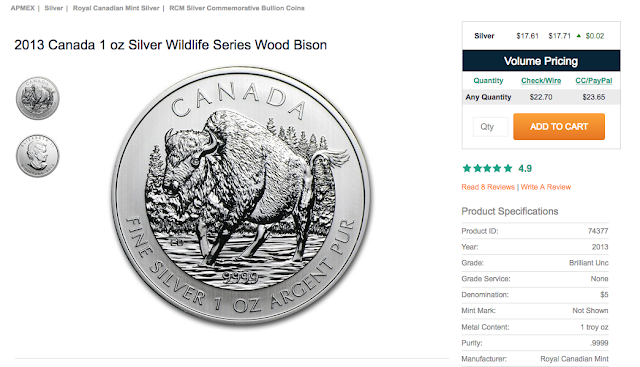 I sort of doubt the demand was "off the charts." The coins were selling for not much more than bullion. LOL.
Posted by Bruce Oksol at 9:15 PM