Update, September 19, 2015: it looks like this well is back on active status. There is no information in file report (Basic Subscription) to explain the change in production.

A reader who has an interest in the Norman well sent me a number of photos including this well that was photographed in the same area back in 1961. Note the four (?) youngsters running around the well, something we probably don't see much of these days -- kids running around Bakken wells, though Girl Scouts could roast their S'mores on the flares. 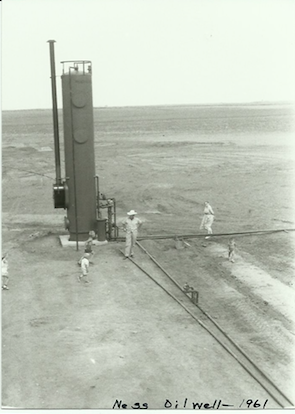