Why Is There No Drilling Under The River In The Center Of The Reservation? -- November 12, 2014; TrainWreck (Their Word, Not Mine)

A reader has asked a very interesting question over at the discussion group.

The reader is wondering why there is no drilling under the river in the center of the reservation? It is not simply because it is under the river because there are plenty of areas in the North Dakota Bakken where drillers have long horizontals under the Missouri River.

There is probably a simple explanation. My hunch is it has to do with all the bureaucratic steps required to satisfy federal, state, tribal, BLM, US Army Corps of Engineers, requirements and regulations, but I could be wrong.

The area in question: 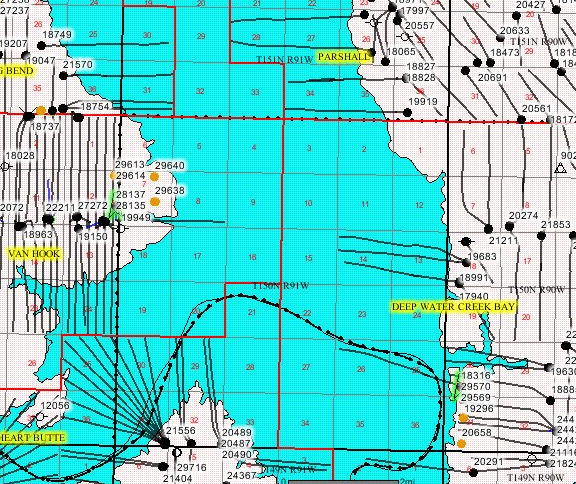 I can't remember if I posted a short blurb on this earlier. I was not aware of the full story. Bloomberg Politics has the full story. If Chief Justice Roberts doesn't get it right this time .... well, let's just say, a lot of folks will feel the Supreme Court is as political as the rest of Washington....


He's also behind a series of scoops that could convince the Supreme Court to dismantle part of the Affordable Care Act. Weinstein has absorbed hours upon hours of interviews with Jonathan Gruber, an MIT professor who advised the Massachusetts legislature when it created “Romneycare” and the Congress when it created “Obamacare.”

Conservatives had been looking for ways to demonstrate that the wording of the ACA denied insurance subsidies to consumers in states that did not create their own health exchanges. Weinstein found a clip of Gruber suggesting that states that did not create health insurance exchanges risked giving up the ACA's subsidies; it went straight into the King v. Burwell brief, and into a case that's currently headed to the Supreme Court.