Monthly Drilled, Completed Wells And DUCs In The Bakken And Permian -- Most Recent Data, January, 2021

A reader provides me the number of wells drilled, completed, and drilled/not completed (DUCs) each month. I've abbreviated the chart. I've only provided the data from the Bakken and the Permian, and I've only included certain months going back to January, 2014. 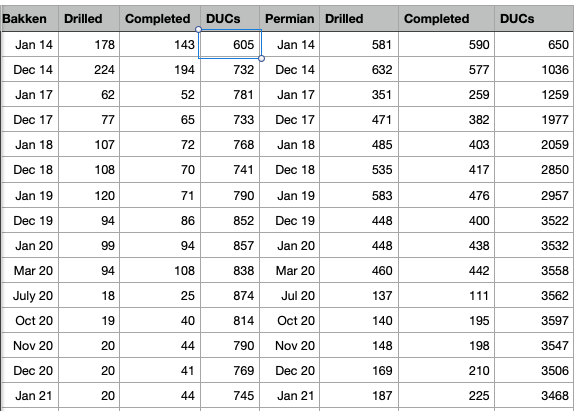 Email ThisBlogThis!Share to TwitterShare to FacebookShare to Pinterest
Labels: DUCs