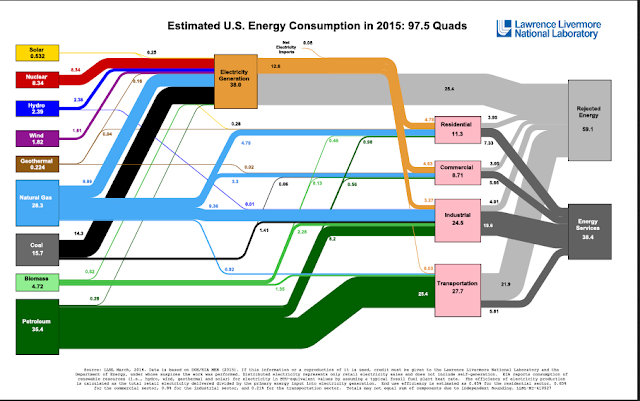 It may be hard to read, but of the 97.5 quads of energy consumption in the graph above:
One individual at this article noted:


Over the last four years solar and wind have increased energy production in the US by 0.8 quads. Natural gas over the same time has increased by 2.3 quads - almost 3 times as much.

And that gap in production between wind/solar and natural gas will continue to increase. Every time I see a utility announce that the company is adding more wind/solar, there is also an accompanying announcement that more natural gas will be also added -- and many times more than wind/solar. The wind/solar is added for two reasons: