From SeekingAlpha:
Apparently in some earlier assessment, SRE was reassuring its customers and its shareholders that "things" were okay. No good deed goes unpunished.

California deserves better. You can't have it both ways.

This is what happens when folks:
By the way, unlike much of America, Williston has incredibly good sidewalks -- at least in the "old" part of Williston that I know well. "No one" walks on those sidewalks and between the sidewalks and the parking "lanes," there is more than enough room to bike. At least from my narrow, cynical, curmudgeonly mind. [Wow, I'm glad my "comments" section doesn't work.]

I got a huge chuckle out of this. Mind you, I'm a huge fan of bicycling. I'm not sure I'm a fan of bicycle lanes anywhere in urban traffic.

Having said that: they say there are two seasons in North Dakota -- winter and August. Or maybe, winter and the construction season (August). Not exactly bicycling weather seasons, except maybe August.

During the entire time I was growing up in Williston, and the many times I have been back there as an adult, I have seen exactly three bicycles on Main Street. 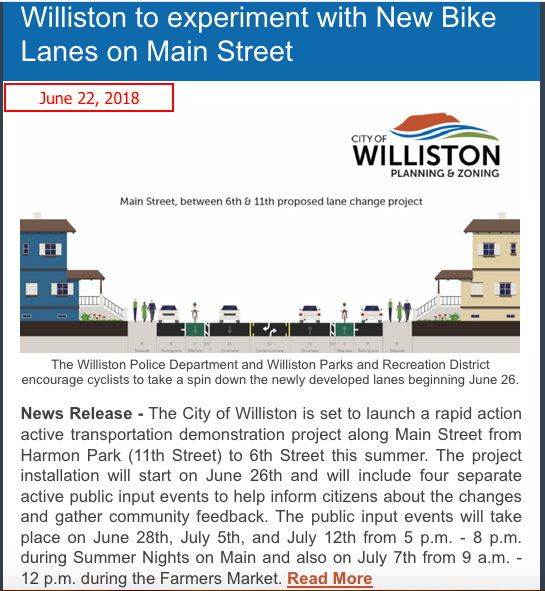