Cold front: Unfortunately I don't have the full graph, but it's enough for me. It appears the blue (cold) covers a much, much wider area than the red (warm). Don tells me it was 2 degrees below zero in Hettinger, ND, overnight. 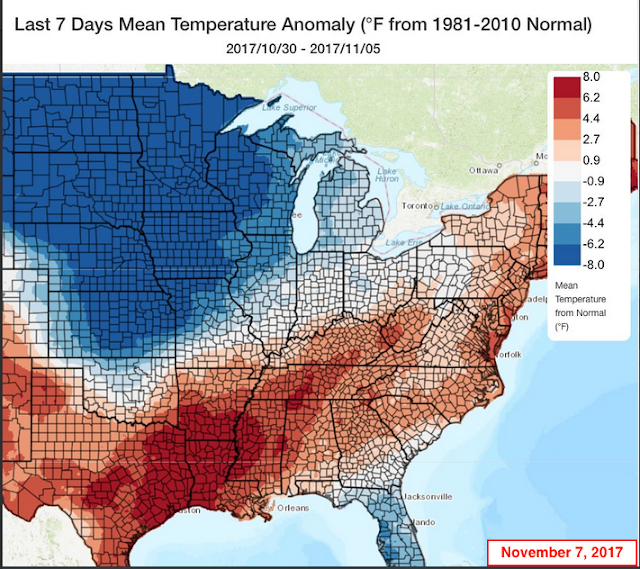 SRE: on a day the market is down, SRE is up over a percent, hitting a new 52-week high. I assume it is because of these forecasts for a colder winter. SRE pays 2.77% even at this high share price. As late as December, 2013, SRE paid a quarterly dividend of 63 cents; it now pays a dividend of 82.3 cents per share and likely to raise that dividend in March, 2018.

Disclaimer: standard disclaimer in effect.
Posted by Bruce Oksol at 10:18 AM