June 4, 2016: Don points out and he's completely correct. This huge increase month-over-month, year-over-year cannot simply be due to American drivers only. This happened so fast, and by such a wide margin, something else has to account for some of this growth. Part of the month-over-month growth was noted below (a 29-day February vs a 31-day March) but still the jump was unprecedented.

John Kemp, London-based Reuters analyst has noted that some gasoline produced in the US is exported, mostly to Europe. That may explain some of the jump in US gasoline production. A couple other data points:
Obviously the French work stoppage in late May/early June did not affect March gasoline production in the US, but ...

If there is any validity to Don's suggestion, we should see some huge jumps in gasoline production in the US over the next few months. So we'll see. It will be interesting to see if gasoline production in May/June (2016) increases and if any analyst suggests the shutdown of all French refineries had anything to do with it.

By the way, the unions shutting down French refineries was probably pretty stupid: there is no shortage of gasoline globally, so once the logistics was sorted out, France would have adequate sources of gasoline.

US refinery capacity is running at about 89% ... which makes Prince Salman's plan to build more refineries .... should we say, problematic?

For newbies, March is NOT the beginning of the driving season in the US.

But back to the "number." 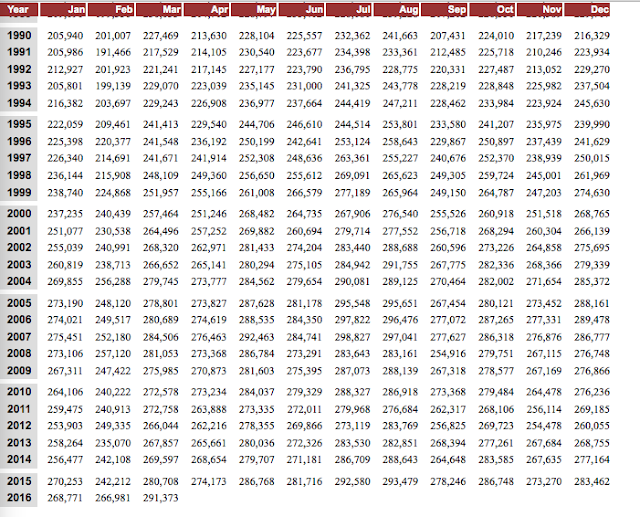