Last time we looked at this well, this was the recent production: 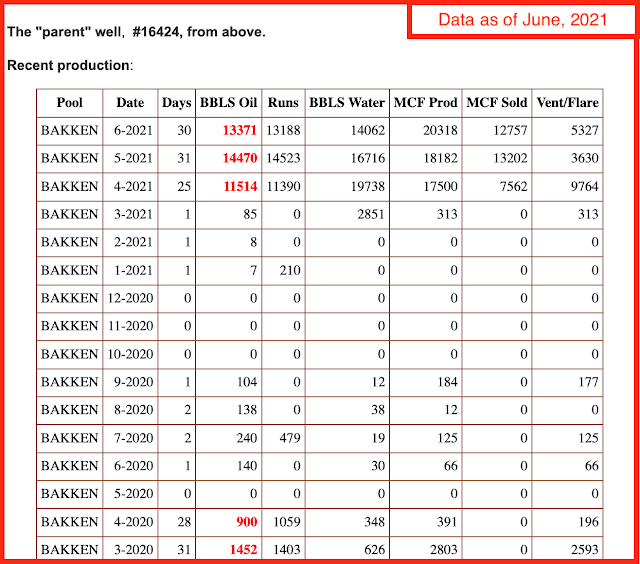 We are used to seeing Bakken wells with a jump in production after coming back on line, but then declining quickly. We don't often see this. This fourteen-year-old well has produced an incredibly 110,000 bbls in the last six months:

But there's more.This well, fourteen years old, is now producing at a rate more than twice what it produced when it was first drilled back in 2007. Whatever happened to the dreaded Bakken decline? LOL.

The Bakken simply never ceases to amaze me.

I've written many times, and have a blog elsewhere devoted to my opinion, that 1969 was the best year ever for rock and roll music, folk music, psychedelic music, pop ,the blues. All of it.

I was reminded of that when I stumbled upon this video tonight and saw the date --- 1969 --- in big letters and then one of the best ever -- if you listen to the music video let it run into the next song -- I think YouTube will take you to the song that put them on the map.