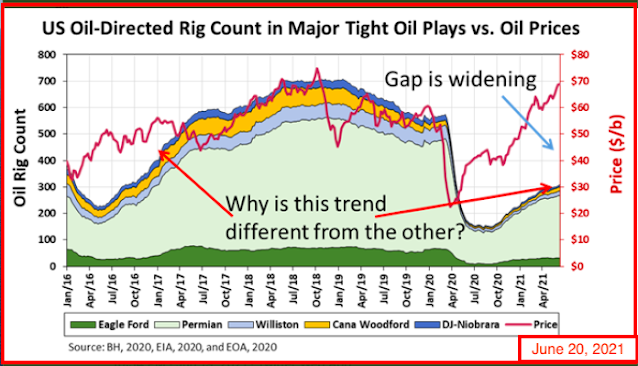 If it's a rhetorical question, and I'm sure it is, fine; but if Anas really does not know, he's not reading the blog. LOL. Yes, he knows.

But there are at least two story lines in that graphic. An answer with "restraint" in it is not an answer at all. If true, that this is due to "restraint," why the "restraint"?