....  about all that wind energy capacity that's being added, suggesting we've seen the end of fossil fuel for generating electricity. So, let's see, graphically: 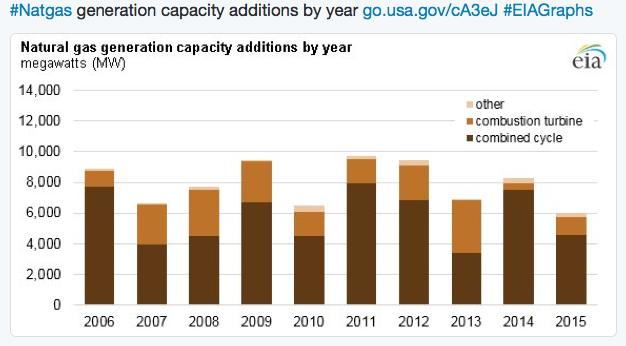 Of course, a lot of that added capacity is required to back-up solar which tends not to work during the night and wind which is intermittent and impossible to predict, and very, very temperamental. In high winds, the turbines have to be taken off-line. 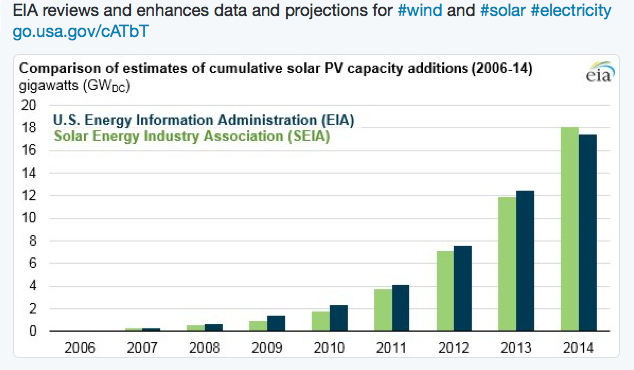 If I did the math correctly. 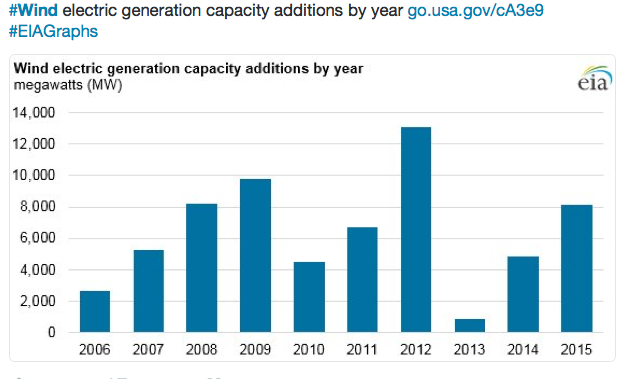 The best news about all this: the US will never again be dependent on OPEC oil. Period. Dot.

The US will always have plentiful, (relatively) inexpensive energy.