The AP via Rigzone is reporting:


The Obama administration floated a plan Tuesday that for the first time would open up a broad swath of the Atlantic Coast to drilling, even as it moved to restrict drilling in environmentally-sensitive areas off Alaska.

The proposal envisions auctioning areas located more than 50 miles off Virginia, North and South Carolina, and Georgia to oil companies come 2021, long after President Barack Obama leaves office. For decades, oil companies have been barred from drilling in the Atlantic Ocean, where a moratorium was in place up until 2008.

"This is a balanced proposal that would make available nearly 80 percent of the undiscovered technically recoverable resources, while protecting areas that are simply too special to develop," Interior Secretary Sally Jewell said in a statement.

The plan, which covers potential lease sales in the 2017-2022 time frame, drew immediate reaction from Capitol Hill, where Sen. Lisa Murkowski, R-Alaska, called it a war on her home state, and where Northeastern Democrats were expected to outline their objections later Tuesday to drilling in the Atlantic Ocean.

This is actually very clever. Open up areas of federal waters that are not economical to drill at $35/bbl, knowing that oil companies will never drill, and then saying that it's in return for "fencing" off Federal waters where operators would definitely be interested in drilling.


Some analysts have forecast the drop in rig counts will cause production to peak in the first six months of 2015 then begin to fall in the second half of the year. I count myself in this camp.

Other analysts predict production will remain steady or continue to grow, albeit much more slowly than the 1 million barrel per day (bpd) increases recorded in 2013 and 2014.

In practice, the differences are smaller than the two sides imply. Most forecasters put the change in daily production between December 2014 and December 2015 at less than 250,000 bpd, whether up or down.

So, if there's a ban on exporting US oil, how can North American shale producers be the marginal supplies to the world oil market? It's a trick question.

On the web now, learning Arabic:


If the administration is interested in seeing how this works, we don’t have to look farther than our good allies in Saudi Arabia, where the national flag features an inscription of the Islamic creed – “There is no god but God, Muhammad is the messenger of God” – which is neatly underlined by a sword. This, I think is fair to say, may insinuate that a coupling of violence and faith is indeed possible in modern religion. 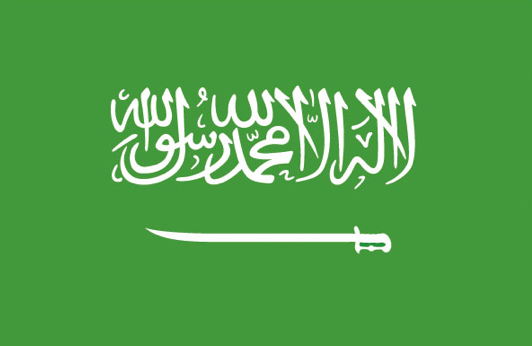 The National Flag of Saudi Arabia


And some folks in Washington had trouble with the Confederate flag. LOL.
Posted by Bruce Oksol at 9:32 AM