Jumpin' Jehosaphat, Batman! Tesla Delivered Less Than 3,000 Model 3 Vehicles In The Last Quarter Of The Year; But Musk Eagerly Looks Forward To Building A Pick-Up And Outselling Ford's F-150 -- January 4, 2018

I've long forgotten but I believe Elon Musk originally forecast 15,000 Model 3 vehicles would be delivered in the month of December, 2017. About one month ago, there were rumors that deliveries would be around 5,000. Then, yesterday, one analyst, based on some pretty good sleuthing, suggested that the number would come in at about 3,000. Now, late yesterday, after the business news cycle had ended for the day, The WSJ reported that the number was actually ... drum roll .. 1,550. I posted a poll asking whether readers thought the number would be above/below 3,000. I never thought it would be as low as The WSJ is reporting. I thought Tesla might hit 3,000. Wow.


Tesla Inc. underwhelmed Wall Street with sales of its new Model 3 sedans in the fourth quarter, raising questions about whether the Silicon Valley luxury electric-car company can spark production this year and transform into a mainstream auto maker.

The company on Wednesday said it sold 1,550 Model 3s in the final three months of the year, badly missing Wall Street’s already lowered expectations. Tesla again pushed backed its goal of making 5,000 Model 3s a week by another quarter, now expected by the end of the year’s first half. The Model 3, which began production six months ago and starts at $35,000, is Tesla’s first shot at producing an electric car for the masses. 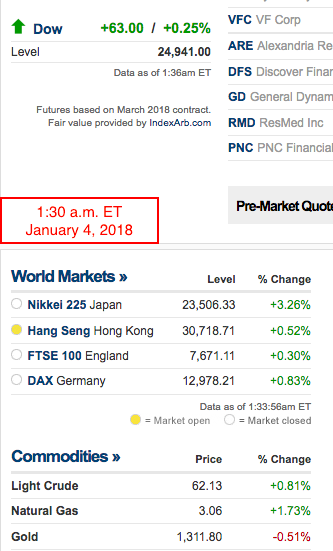