One could think of any number of 30-second sound bites for this graphic, but suggesting that the takeaway from this graphic, that commercial crude oil stocks appear to have peaked and begun the normal seasonal drawdown, suggests an exuberant optimism that is only exceeded by my own inappropriate enthusiasm for the Bakken.

And with that, I'm off the net for awhile -- biking, perhaps. After a few minutes of listening to Rush. 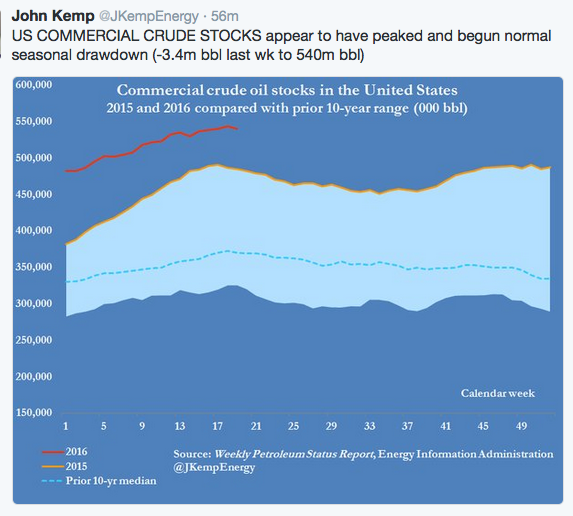 
The GDPNow model forecast for real GDP growth (seasonally adjusted annual rate) in the second quarter of 2016 is 2.2 percent on May 10, up from 1.7 percent on May 4.