Dozens of new businesses have come into Williston this year, and 2020 is expected to be even busier due to redevelopment of the 800-acre Sloulin Field International Airport site, now known as the Williston Square.

Plans for the area include a civic center, casual and fast food restaurants, more apartment buildings or single-family homes, and big-box retailers.

Williston Economic Development says due to the old airport’s ideal location within town, interest from developers and investors is high, and moving a lot faster than anticipated.

Most importantly, the north-south road on the west of this development has been completed. There was a huge gap in 16th Avenue West due to the old airport, but now that avenue has been filled in, connecting 26th Street to the south with 42nd Street to the north. That's a big deal.

In addition, it was announced that Pizza Ranch and Slim Chickens will be breaking ground at the new Williston Square in 2021. 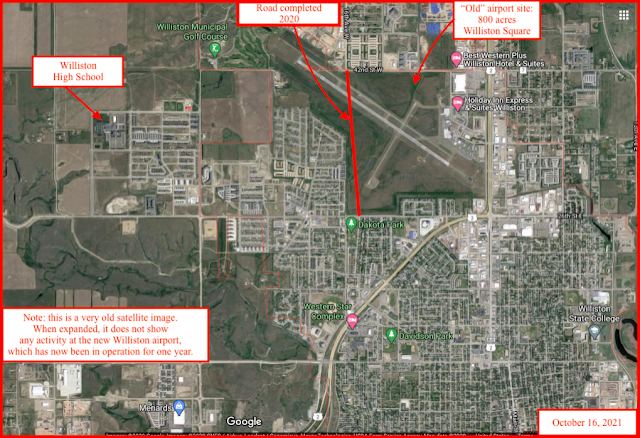