A Photograph Worth A Thousand Words: How The Oil Industry Has Changed The Bakken Landscape -- August 19, 2016

There's an important story at this link for everyone, but especially for folks in Williams County.

But, in addition, I wanted to link it because it has a great aerial photo of Williams County, probably State Highway 1804 east of Williston. [Later: I've posted the photo below, in case the link breaks.]

For newbies: Williams County is one of the four major counties that make up the Bakken. Note how the oil boom has changed the landscape of North Dakota. Also note the heavy traffic.

Now, imagine if the world's largest wind farm were to be located here.

Biased media. Trump visits flooded-out Louisiana. President Obama dines on seafood, golfs on Martha's Vineyard. Hillary is MIA. Has event on Sunday with Cher in Provincetown, Cape Cod, and in Atlanta, GA, later that day. No one in mainstream media calls out POTUS or Hillary. It will be interesting if ABC's David Muir covers Trump's visit to Louisiana. I bet not. 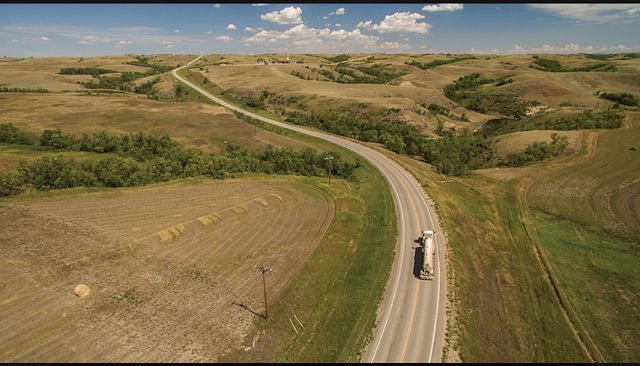