June 14, 2016: I find this rather ... bizarre? With all the "stuff" going on in the world, with a $3 billion pipeline being built for Tex-Mex natural gas, with Microsoft paying $26 billion for Linked In, right there, near the top of the page of headline financial news, Yahoo!Finance highlights a 38-mile natural gas pipeline that swings around Fargo, ND, to meet the needs of the Red River farmers. 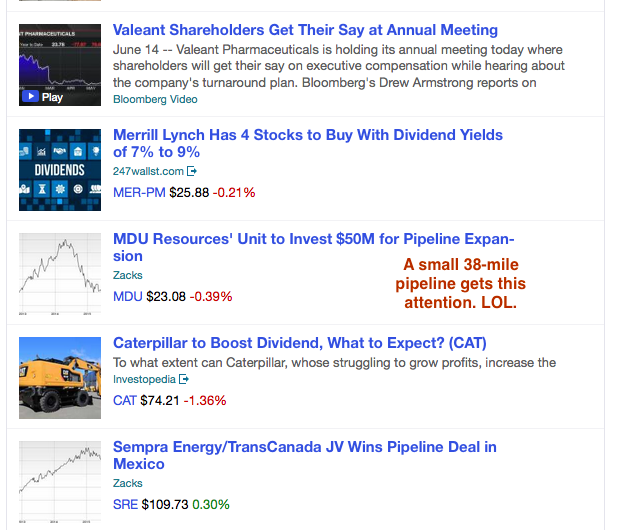 But it speaks volumes.

An open season seeking capacity commitments on WBI Energy’s Valley Expansion Project was initiated today, and will be open until July 15. WBI Energy has received significant interest in the project from its customers in the region, which has driven the project.

The proposed pipeline would connect the Viking Gas Transmission Company pipeline near Felton, Minnesota, to WBI Energy’s existing pipeline near Mapleton, North Dakota. Cost of the expansion project is estimated at $50 million.

This pipeline would swing along an arc from the west side of West Fargo, ND, to Felton, MN, a few miles to the northeast of Fargo.

One would have thought wind-electricity would have met the needs of all these folks in western Minnesota. Sure, unreliable energy costs a whole lot more, but we're talking about the environment, here, folks.

Just curious. $1 million/mile? Is that still a good figure? Let's check. Yup, cost of project is estimated at $50 million.

Other data points:
And, hey, if Minnesota says "no," there's still enough interest, I assume, on the west side of the river to go ahead with this project.
Posted by Bruce Oksol at 11:11 AM