Just when I needed a good laugh, "Big Orrin" over at twitter provided one: 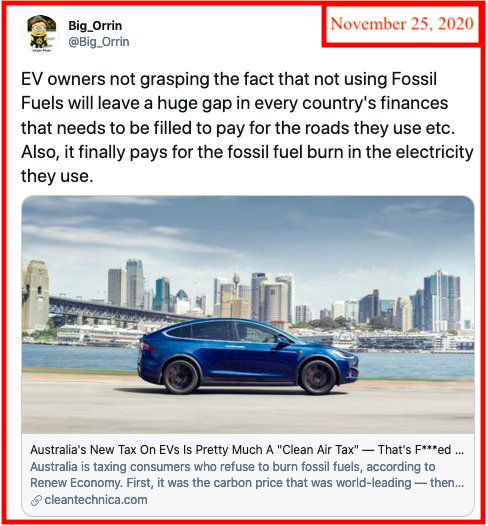 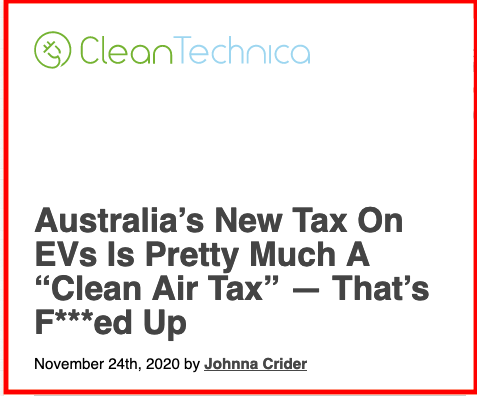 Yeah, I don't think folks understand from where the funding comes for highways on which EVs drive. LOL. Big Orrin made my day. Thank you.

Australia is taxing consumers who refuse to burn fossil fuels, according to Renew Economy.

First, it was the carbon price that was world-leading — then trashed to please those who think climate change is a hoax.

Then there was the possibility of introducing fuel efficiency standards — an idea that got trashed as well when the media touted it as a “carbon tax on wheels.”

This made Australia “a dumping ground for dirty and expensive cars,” the article pointed out, while emphasizing that those engines are so inefficient that, according to the government’s own estimates, it added around $600 annually to the fuel cost of the average family car, and billions of dollars to the country’s health bill.