Renewed permits: over the past couple of weeks -- let's gild the lily -- ever since the election, there seems to be a rush to renew permits in the Bakken. Hmmm, gee, I wonder what that could be all about?

The BR permits in Lone Butte: 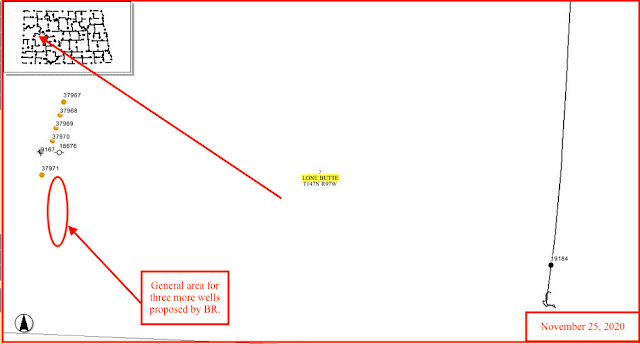